Even in their liberation, enslaved African-Americans were treated as commodities to be traded, it felt as though their dignity and worth as human beings who bear within themselves all that is required to live and reproduce life were but bonuses on their priced head.

When history reveals to us that The District of Columbia Emancipation Act passed on April 16th 1862 also encouraged the payment of up to $300 to former slave owners for each freed slave, and further allowed for the voluntary colonization of former slaves in colonies outside of the United States of America, we the ones of African descent and those direct descendants of enslaved African-Americans are moved to question the moral and political validity of the laws that are supposedly responsible for the ‘freedom’ of our distant relatives.

Are we truly free, and can man-made laws guarantee any person’s freedom? I beg not. And this is only because the conditions and prevailing circumstances that paved the way for the supposed liberation of our ancestors were of strictly political standing. In the heat of the Civil War, General C. Fremont in August 1861 declared free those African-American slaves found living in his acquired territory of Missouri; President Abraham Lincoln is recorded to have negated the declaration and fired Fremont for it.

Maybe the timing was not right for their release from the hands of bondage, but who is to decide to whom freedom is granted and when it will be granted? Finally, in 1863 The Emancipation Proclamation Act was signed, granting ‘freedom’ to enslaved African-Americans in the rebellious southern American states. It is however interesting to note that most of the ‘freed’ slaves took up arms and joined their ‘liberators’ in a war to unify America. So were they truly freed?

What is the price of freedom? For those African-Americans whose owners were paid for their release, it stands to reason that they were merely transferred by virtue of the monies given their owners to the holding of a different owner. Most probably sold by their southern masters who predicted loss for themselves at the end of the Civil War, the most profitable way out therefore was to sell off their not-too-profitable ‘merchandise’ to the winning team and leave the tables well compensated for.

If there is compensation to be given anyone, it must be freely given the descendants of the enslaved African-American community so that reparation can see the light of day. The time is due when all persons of African descent must reclaim their sovereignty, for the end of slavery is a concept whose reality has always and will always lie in the hands of the negroe. 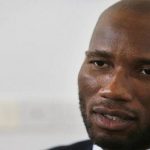 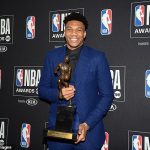