Kanye West’s recent actions and words have led to a lot of upset people, but little in the way of any sort of reprisal. The Huffington Post reports that there is at least one example of someone having to act due to his words, albeit, it only indirectly impacts the rapper. The Chicago arts education charity named after Kanye West’s mother, Donda West, has formally chosen to take a new name and rebrand itself after an initial announcement a week ago.

The organization, formerly known as Donda’s House, will now be known as Art of Culture, Inc. According to a press release, the charity decided to rename itself after it received concerned messages from “sponsors, foundations, and supporters” about West’s “controversial public political statements.”

“The group decided that the organization will maintain its mission, but will have a new name both to avoid confusion and honor the stated wishes of the West family,” the press release said. Not only did the organization have to deal with West’s recent comments and Trump support, but he and wife and his wife Kim Kardashian recently got into a Twitter feud with the organization itself. Hip-hop artist Rhymefest, who had co-founded Donda’s House with West, suggested the rapper had abandoned the youth of Chicago and the charity via tweet. Kardashian responded, accusing him of “fake community politics & lies.”

Donda’s House would end up announcing a name change due to “the social media quotes from Kim Kardashian West, as well as the expressed interest of her family running the organization.” Kanye West, Rhymefest, and Donnie Smith all co-founded Donda’s House in 2011 to honor her life and support creatives in the Chicago area. Some of the work the organization has done includes supporting over 500 youth through programs like “Got Bars,” which helps young artists write and record their own music. According to its initial press release, the charity has “has impacted more than 8,000 through its outreach programs.” 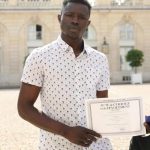 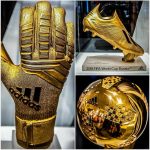