Zimbabwean President Robert Mugabe had not expected the army to take to the streets‚ but that it would engage him if there were problems.

This is according to South African Defence Minister Nosiviwe Mapisa-Nqakula‚ who visited Zimbabwe last week following reports that the army had taken over. 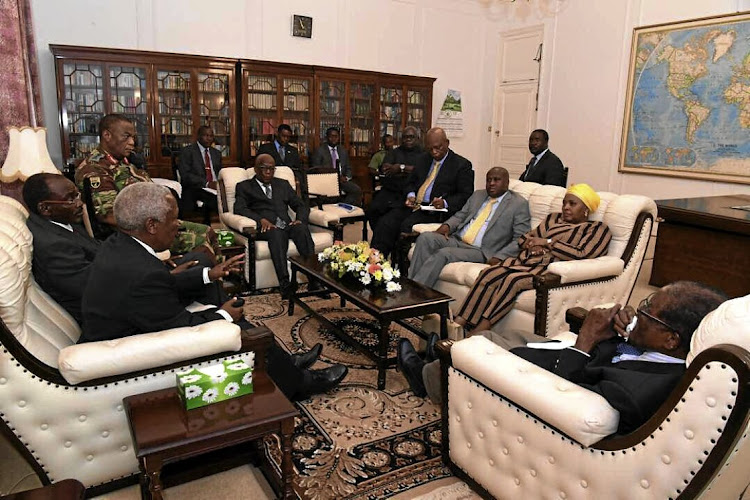 “We did not visit Zimbabwe to engage the president because we are from South Africa‚ but because our president is the chair of SADC (the Southern African Development Community). We went there on behalf of SADC … the intention was to scan the environment because at the time there had been reports of a military coup de’tat‚” Mapisa-Nqakula said on Radio 702 on Tuesday.

Tens of thousands of Zimbabweans marched through the streets of Harare yesterday in an unprecedented mass protest, demanding that President Robert …

“President Mugabe said‚ ‘I’ve done everything for the army. I’ve given them land and therefore I do not expect that when there are problems that they would take to the streets but rather that they’d come to me and engage me.’”

Mapisa-Nqakula said Mugabe had told the delegation that he was fine.

“He said he realises that there might be a problem because the manner in which the army conducted itself‚ pointed to a fact that there is a problem.”

She said Constantino Chiwenga‚ the army general‚ had informed the delegation that they had no intention of overthrowing the government but were concerned about how it is being run and how some elements of the ruling Zanu-PF are influencing government operations.

“He said all they seek to do is to remove the inner circle that has a negative influence on President Mugabe.”

Mapisa-Nqakula said the situation in Zimbabwe was confusing and that it does not look like Mugabe is in charge anymore.