Germany based Siemens AG, the largest engineering firm in Europe, is considering a bid for a $3.7-billion project in South Africa to generate power from natural gas, Bloomberg reported.

Gas-power development has become a priority as the government tries to reduce South Africa’s dependence on coal. A plan announced by the Department of Energy on Oct. 3 involves importing 1.6 million metric tons a year of liquefied natural gas — to generate electricity sold under a 20-year power-purchase agreement with state-owned utility Eskom.

Siemens has had “significant discussions” with potential partners about bidding for the contract to develop 3,000 megawatts of gas-fired generation at two ports on South Africa’s east coast, said Siemens South Africa CEO Sabine Dall’Omo in a Bloomberg interview.

Very few African countries feature in the top 50 global rankings of gas consumption, Business Tech reported. Egypt is No. 18 in the world for natural gas consumption, Nigeria is 41st and South Africa is 70th.

Proponents of natural gas say it’s the best way to fuel economic growth, according to a Siemens article.

Natural gas burns cleaner than coal and it’s cheaper than oil. Gas-fired power stations can be easily powered up and down, making them ideal to respond quickly to a country’s energy load requirements. Surplus gas can be used for industrial furnaces, industrial heating, domestic supply, and feedstock for fertilizer.

Siemens says it is well positioned to be South Africa’s gas partner.

Having the original equipment manufacturer as a partner offers advantages, Siemens said in a Business Tech report:

The original equipment manufacturer has skin in the game, and its contribution can make up as much as 70 percent of the project.

Siemens is one of the pioneers of large gas turbines, which is the heart of the power plant.

Gas-to-power is one of the major reasons the company had a presence in Africa, said Andreas Pistauer, Siemens executive vice president for power and gas in Africa, according to an Engineering News report.

February is the deadline to bid for the project — an ambitious timetable given the complexity of the project, said Tracy Lothian, vice president of LNG global market development for Exxon Mobil Corp.

Final request for proposals is planned for August, according to the energy department, Bloomberg reported. Participants may include the developer of the gas-fired plant, the LNG supplier and the port and fuel-storage operator, according to Bloomberg:

Eskom CEO Brian Molefe created investor uncertainty in the energy industry in July when he questioned the need for procuring renewable electricity from private developers. One month later, he refused to sign an agreement for a solar-power plant that had already been approved by the government.

Siemens will require “certain clarity with regards to the role that Eskom will take” in the gas-to-power program, Dall’Omo said, noting that the utility is one of its customers.

The most complex elements of the project will be the financing around the gas, Dall’Omo said. That includes hedging the foreign-currency risk associated with purchasing LNG, which is priced in dollars.

If the project is successful in South Africa, it could have positive effects on the wider region, according to Dall’Omo. It could increase revenue through energy exports to other African countries. “There’s massive influence into our neighboring countries,” she said.

“South Africa is still one of the most attractive countries when it comes to renewables … and compared to other countries in Africa and even Europe, the independent power producer content in the renewables sector can be seen as a global flagship program,” Dall’Omo said. 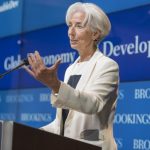 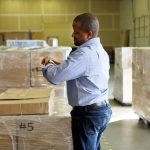