A really weird village has been found out to contain boys who were born girls but ended up turning into the opposite s*x. Johnny, once known as Felicita, said he was born as a girl but developed into a boy aged seven

A report by The Sun UK, has shown that girls in a remote Caribbean village are becoming boys when they hit puberty due to a rare genetic disorder.

One-in-90 children born in Salinas in the Dominican Republic grow a p*nis in a natural transformation from female to male.

Known as the guevedoces, which translates to “p*nis at 12”, these youngsters are referred to in medical terms as “pseudohermaphrodite”.

It is so common to be a pseudohermaphrodite in Salinas, that it is accepted as a third s*x, alongside male and female.

The phenomenon is explored in a BBC2 series called Countdown to Life – the Extraordinary Making of You.

Presenters meet Johnny, 24, who is physically and biologically male but was once known as Felicitia.

As a child, he did not have a p*nis and was brought up as a girl.

He said: “I remember I used to wear a little red dress. I was born at home instead of in a hospital. They didn’t know what sex I was.

“I went to school and I used to wear my skirt. I never liked to dress as a girl. When they bought me girls toys I never bothered playing with them. All I wanted to do was play with the boys.”

The rare genetic disorder is caused by a missing enzyme which prevents the production of the male sex hormone dihydro-testosterone in the womb. It creates what looks like a baby girl on birth.

Dont Miss!!!  Zac Mitchell : Australian Surgeons Replace Man’s Thumb With His Toe After It Was Severed By A Bull

But at puberty, when testosterone flows, their voices break and they grow a male sexual reproductive organ that they become recognised as male.

“When they’re born they look like girls with no testes and what appears to be a vagina.

“It is only when they near puberty that the penis grows and testicles descend.”

The guevedoces were first studied by Cornell University endocrinologist Dr Julianne Imperato in the 1970s.

She travelled to the region to learn more about rumours that girls were morphing into boys. 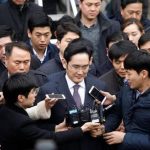 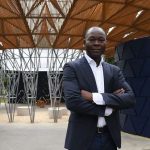