This is the third marriage for Abramovich, who is ranked as No. 139 on Forbes Billionaires List, with a reported $9.1 billion.

The pair, who have two children, say the split is amicable and confirmed their separation in a joint statement.

“After 10 years together, the two of us have made the difficult decision to separate, but we remain close friends, parents and partners in the projects we developed together.

“We are committed to jointly raising our two children. We will also continue to work together as co-founders of the Garage Museum of Contemporary Art in Moscow and the New Holland Island cultural center in Saint Petersburg.”

Recall, before he married Dasha, in 2007, Abramovich ‘gave his second wife,Irina Vyacheslavovna Malandina and mother of his five children , £155 million, four mansions and other property. The Chelsea FC owner is also said to have agreed to pay for the couple’s five children. 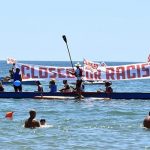 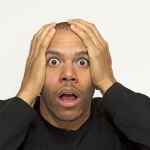