Seeing as Queen Elizabeth II has ruled for 64 years, Her Majesty can do whatever she bloody well pleases.That didn’t sit well with a certain concerned citizen, who called the U.K. equivalent of 911 to report that the queen was breaking the law. The West Yorkshire Police department wasn’t too pleased with the caller

“Although civil and criminal proceedings cannot be taken against the Sovereign as a person under U.K. law, the queen is careful to ensure that all her activities in her personal capacity are carried out in strict accordance with the law,” the statement says.

ALSO READ:  Latest Rumour Has It That Queen Elizabeth II Is About To Be Dethroned – Meet Her Replacement, Kate Middleton!

Though one would assume the queen couldn’t get away with murder, her immunity hasn’t been tested. The last true test of sovereign immunity was in 1911, when King George V was accused of bigamy. The Lord Chief Justice said that the king could not be ordered to give evidence, according to BBC.

“So it is based not only custom, but also on case law,” constitutional expert Lord St. John of Fawsley told BBC. “You would get eccentric people coming forward and summoning the Queen into the courts, and it would make her position impossible.”

If you look at these photos of the queen driving, you’ll notice she rarely buckles up: 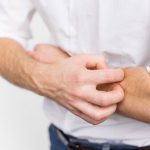