Married for 7 years, the father of Serena Williams wants to divorce. He accuses his wife of being an alcoholic, having defrauded him and being a dangerous woman for their 5 year old son.

While she was previously housed in a large house in Florida owned by Serena Williams, Lakeisha Williams was asked to leave the premises.

Pushed towards the exit, the future ex-wife of Richard Williams requires the help of the justice not to finish homeless, as reported by the very well-informed TMZ site.

Serena Williams step mother is out of love with the Williams family, so much so that she alleges Serena is evicting her from the Florida home she’s living in.

Now Lakeisha says Serena’s legal team has ordered her out of the Palm Beach house Serena owns with her father- immediately. Williams is credited for training his daughters Selena  (right)  and  Venus when they were children. The family celebrates Serena’s Wimbledon singles championship in 2012 Richard Williams, pictured with estranged wife Lakeisha. Their divorce has been contentious from it’s June start

TMZ reports that in court documents, Lakeisha claims Serena’s people are ‘requesting she and the child vacate the home and threatened to change the locks.’

The child is Serena’s half brother, 5-year-old Dylan Williams.

Lakeisha is also asking the court to force the sale of another property they owned together because she needs the money.

She says in the emergency motion, according to TMZ, that Richard has ‘health issues’ and could die, and is concerned his money would be tied up for years while the court decides who gets what portion of his estate.

Richard and Lakeisha’s divorce was contentious from the start.

Lakeisha in June claimed she removed an ‘arsenal of firearms including an AK-47’ from their home after he began acting ‘erratic and hostile’, TMZ reported. 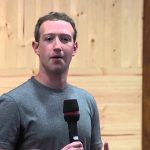 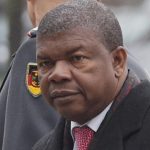