At the Slack Frontiers conference, tennis star Serena Williams spoke about being a member and leading the various teams she’s on in tennis, in venture capital, in tech, and in fashion.

When Serena Williams first started playing tennis, she thought of it as an “individual sport.”

Today the six-time US Open champion says tennis is a team sport that requires her to perform on the court, but also as a chief executive of a larger enterprise with various moving parts.

It’s those CEO skills, learned and honed in tennis, that Williams says she’s bringing to an expanding career in the business world that now includes fashion, tech, and venture capital.

“I’m the CEO on that team and that is where my CEO life started,” Williams said Wednesday, during a talk at the Slack developer conference in San Francisco. “I had to be a strong team leader in order for everyone to see my vision and see what I wanted and understand any expectations, goals, and what I want.”

Earlier this month, Williams launched a VC firm, Serena Ventures , focused on investing in women, people of color, and young entrepreneurs. She’s also has a clothing line called Serena, and she’s on the board of directors for Poshmark and SurveyMonkey.

On top of that, Williams just gave birth to her daughter Olympia last September. She calls Olympia her “greatest success by far.”

That’s a lot of “teams” for Williams to lead.

The key to thriving in these various endeavors, she says, is focus.

“It is important for me to have focus,” Williams said at the Slack Frontiers event. “…Focus is super key, especially when my head is in so many different places. And also, just enjoying what you do. I literally love looking at investment decks and meeting different founders and seeing their ideas and helping them bring it to life. It gives me this incredible insane joy and I absolutely thrive on that.”

As the youngest of five children, Williams was never the team leader growing up. She pursued tennis because her father wanted her to, and she also followed in her sister Venus’ footsteps. This changed when she became a professional tennis player.

“When it came time for me to be a team leader, it was a really big step for me because it was something that I had never done before, and I was not comfortable with it,” Williams said. “Yeah, I made a lot of mistakes along the way, but that is part of the journey to make mistakes and know what not to do and continue to grow and get better.”

When working in a team, Williams says it’s important for the team to have the same goals and priorities, and she makes sure to listen to other people’s ideas. 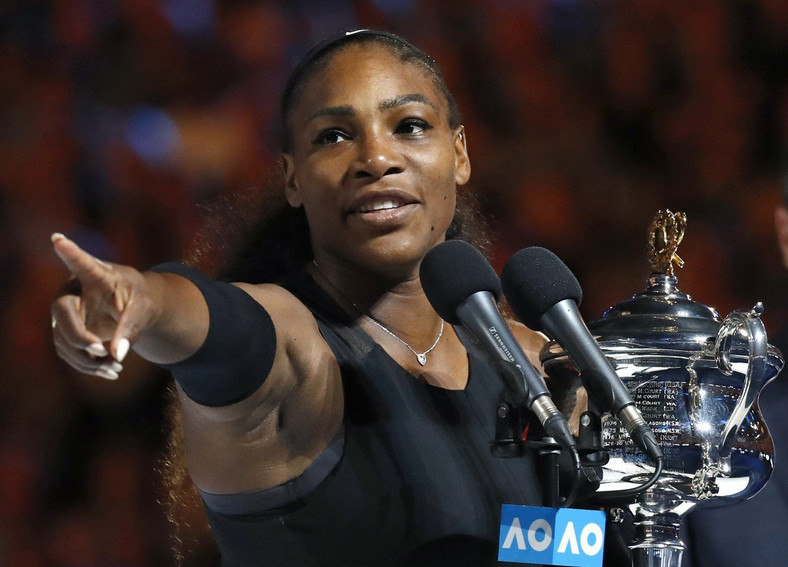 This also includes constructive criticism, and she says that when working with a team, they must be open to it. She says her “whole life” was about criticism.

“I tell my coach and my fashion team, don’t tell me what I’m doing right,” Williams said. “I want to hear what I’m doing wrong so I can improve and become better…It is important and it is nothing that is negative. That is why the word ‘constructive criticism’ is super important. It is just how you take it. If you take it negatively, you know you will never have positive results.”

With her new VC firm, Williams says she has the opportunity to open doors for people breaking into Silicon Valley, or at least “make noise” about it through social media and blog posts. She also believes it’s important for tech leaders to listen to feedback about diversity.

“I feel like the more diversity we have in the area and the more ideas that we can bring, we can really just make it better,” Williams said. “…The world does not look like one person. The world is a plethora of people. Why would you want your business and company to look the same way?”

Now that she has a daughter, Williams says this has changed how she spends her time.

She’s “totally obsessed” with her baby and has not yet spent a day without her. She just signed Olympia up for gymnastics, and later on, she wants to join a dance class with her daughter.

“I’ve always wanted to have a kid but just never thought about the impact that a child would have on my life,” Williams said. “…I manage my time different so I can spend as much time with my daughter as I can. I want to be able to say, I remember that moment and I remember that memory, and I never want to regret missing times out with each other.”

Still, Williams says she wished she was there for her daughter’s first steps.

“I was sad that I missed her first step and that broke my heart,” Williams said. “I know a lot of parents, that happens to but for me, definitely hands down, its is that.”

Williams doesn’t have specific plans for her daughter, the way Williams’ father wanted her and Venus to become star tennis players, although she did say she was “shying away from tennis.” However, she does want Olympia to have “so much confidence in herself.”

“I want her to live her best life and the right way,” Williams said.

Williams says that if she could pass on one piece of advice, it would be to have a “good attitude when you approach something you can be completely terrified of.”

“It’s important because everything is mental,” Williams said. “If you can overcome it mentally, then you can overcome a lot of stuff. When you are approaching a new project or approaching whatever it could be with your team or by yourself as a leader or a team member, it is so important to just go in with a positive attitude.”