The birth of a baby can often be traumatic for some mothers. And that was the case for Serena Williams. On September 1, 2017, her granddaughter, Olympia was born and the tenniswoman fought like a lioness to save her life by giving birth.

The former world number one wanted to come back on her painful delivery: ” I was a little moved because a year ago, I was literally fighting for my life in the hospital. I was on my third operation, I still had one left. Back from so far, while I was in a hospital bed, that I could not move, walk, or do anything else, only a year later, not just train but be in the final here, and even reach two finals in a row … While, as I said, I’m just at the beginning … It gives me the feeling that I still have a very, very bright future, “he said. she told AFP last Thursday.

The case of Serena Williams is not an isolated case. Many mothers have had difficult births. His message will probably speak to many women who fought and then climb the slope admirably. Death can be approached by giving birth and suffering psychological trauma as a child. You can be nervous on your hospital bed. And we can also play a Grand Slam final a year later. To each his Grand Slam, of course.

Loading...
ALSO READ:  Meet the "Afronauts," the Forgotten Heroes of Zambia Who Planned to Go to Mars Before NASA
94
SHARES
ShareTweetGet Stories like this
PinterestGoogle 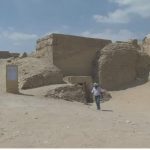