Tennis legend Serena Williams is opening up about her good friend, Meghan Markle, ahead of the royal wedding on May 19.

Williams and Markle have been friends for several years, and in a new interview on Good Morning America, Williams took the opportunity to offer her wedding advice to Markle, with her nuptials fast approaching.

Williams revealed, “I’m obviously super happy for her. She’s such a great girl and she is incredibly nice and I couldn’t be happier for her.”

And as for what Markle should focus on on the big day itself, Williams offered, “I just think it’s so important to enjoy the moment. And eat the cake—I didn’t get to eat mine at the wedding. We were just having so much fun!”

Williams married Reddit co-founder, Alexis Ohanian, in November 2017, in her own star-studded ceremony, attended by a whole host of celebrities including Beyoncé, Kim Kardashian West, Kelly Rowland, and Eva Longoria.

In a new Instagram post, Williams confirmed that she’d only recently gotten to taste her own wedding cake, having her annual “Selexis” day with her husband, Alexis Ohanian:

Williams and Markle met at a charity football game in 2014, and remained in touch ever since. But as for whether or not the tennis star would make the royal wedding, Williams said, “I don’t know, I think it’s during one of the tournaments, I’ll see if I can make it.”

Even though it sounds as if Williams might not make it to Prince Harry and Meghan Markle’s wedding, it’s clear that she has a lot of love and support for the former actress. 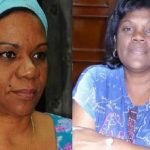 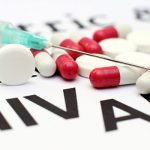