For 20 years, Doctor Evan Atar Adaha has been providing medical services to the conflict-affected people of Sudan and South Sudan and, on Monday, he received the 2018 Nansen Refugee Award, a prestigious prize given annually by the UN refugee agency (UNHCR) to honour the women and men who work tirelessly to provide life-saving help to people caught in humanitarian crises.

“I’m really humbled to be the winner of this award,” he told Radio Miraya, which is part of UNMISS; the UN’s Mission in South Sudan. “I think it will be good for us in the hospital… and we will be able to get at least some resources to continue to save lives in the area which is really isolated”.

South Sudan, the world’s youngest nation, gained independence from Sudan in 2011 after a peaceful referendum. However, a civil conflict now in its fifth year has forced almost 1.9 million to flee their homes within the country, and another 2.5 million to seek refuge across the border.

“The crisis in South Sudan has had a devastating impact on millions of people uprooted from their homes, or whose lives have been torn apart by conflict, violence and food insecurity,” said Filippo Grandi, UNHCR’s High Commissioner. “Yet, even in the midst of tragedy, acts of heroism and service to others have emerged”.

Dr. Atar is currently the head surgeon and medical director of the only functional hospital in Upper Nile State, in the north of South Sudan, serving an area larger than Ireland. Based in the remote town of Bunj, the hospital serves more than 200,000 people, including 144,000 refugees from Sudan. His team at Maban hospital carries out an average of 58 operations per week, in difficult conditions with limited supplies and equipment.

“Dr. Atar’s work through decades of civil war and conflict is a shining example of profound humanity and selflessness,” said the UNHCR chief. “Often risking his own safety, his dedication to serving victims of war and conflict has been extraordinary and deserves global attention and acknowledgement,” Mr. Grandi said.

Originally from Torit, a town in southern South Sudan, Dr. Atar studied medicine in Khartoum, Sudan, and practised in Egypt. In 1997, as war ravaged Sudan’s Blue Nile State, he volunteered to work there. In 2011, as the conflict intensified, he was forced to flee with his staff and as much equipment as he could transport. After a month, he arrived in Bunj, where he stacked up some tables to set up his first surgical theatre in an abandoned local health centre, and he is fighting daily to secure funding and train others to become nurses and midwives.

“There is nothing we can achieve in South Sudan unless we sacrifice a number of things,” he said. “We have to continue even if the situation is very difficult.”

The award includes a $150,000 grant, which Dr. Atar said he will use to solve challenges in the hospital and invest the money in improving the structure of the building, procure much-needed equipment, and build the capacity of the staff. 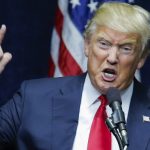 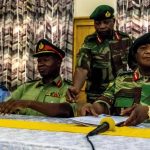