Zimbabwe’s first lady Grace Mugabe has told South African officials that she hit 20-year-old Gabriella Engels with an extension cord in an act of self-defence.

Mugabe claims she was in fact the victim in the attack that happened last Sunday in a flat in Sandton. This allegedly took place in the presence of numerous body guards.

This is according to highly-placed sources privy to the case.
“Mugabe is adamant on the issue of protecting herself because she feels she was attacked. She says she was attacked by the victim and that she also has her own injuries which she is not going to publish in the media,” said one source.
The assault, which happened last Sunday has Zimbabwean and South African officials scurrying behind the scenes to try to defuse what has become an embarrassing international incident that has brought the diplomatic relations between the two neighbours under intense scrutiny.

Engels claims Mugabe assaulted her after she found her with her sons, Robert jr and Chatunga Bellarmine.

But it appears that the pair, known for their high-rolling lifestyles, also faced their mother’s wrath that night.

“People are not talking about the fact she did the same to her kids. She beats her kids too,” the source said.
Engels received cuts and bruises and had to crawl out of the room to escape, she claimed. She said that Mugabe’s bodyguards stood by and watched.

Since the attack, civil rights organisation AfriForum, has decided to represent Engels and the “Bulldog” advocate Gerrie Nel has taken the case and is hoping to get the Zimbabwean first lady in the dock, despite government’s fears of diplomatic fallout.

When asked why Mugabe didn’t open a police case against Engels, the official said that Mugabe didn’t see it that way. The official explained how the incident had placed the SAPS in a predicament.

“Yes, clearly it was a difficult situation, a predicament because it was a high-profile matter and all the things came colliding. It was a mad house, and we had to ensure we don’t break the international law on how to treat important delegates. In cases like this, you want to collect all the information from all sides.”
The first lady is apparently still holed-up in South Africa and is waiting for the Department of International Relations and Co-operation (Dirco) to issue her diplomatic immunity. Then she can leave.

If this happens, this will be the second time that Mugabe has used this legal loophole to escape prosecution.

In 2009, she was given diplomatic immunity by the Chinese after she allegedly assaulted a journalist in Hong Kong. 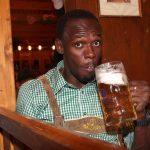 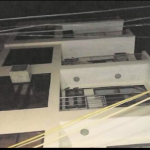