His comments come as hundreds of Tunisians staged the first protests of the Arab world against Saudi Arabia’s crown prince denouncing him as a murderer involved in the killing of Saudi journalist Jamal Khashoggi.

Earlier in the day, protesters marched through the central Habib Bourguiba Avenue in the capital Tunis, on the second day of demonstrations against the Saudi crown prince’s visit to Tunisia.

I am like a son to the president. He is like a father to me. I cannot go on tour in North Africa without stopping by Tunisia and stopping by to see my father.

“I am like a son to the president. He is like a father to me. I cannot go on tour in North Africa without stopping by Tunisia and stopping by to see my father. The Tunisian people are very dear to Saudis and Tunisian-Saudi relations are old. It is very positive to serve both nations. Our role, as Saudi Arabia, is to maintain this relationship,” he added.

“King Abdelaziz, God rest his soul, planned the step-by-step policy. I met him he said do not go into a war and lose it, take it step-by-step. This is why our relationship with the Saudi is special, even today. The children are following in their father’s footsteps. I am honored that his highness is saying he considers himself a son of mine. God willing this visit will be a continuation of our relationship,” said President Beji Ebssebsi.

The protests were a rare occurrence for Crown Prince Mohammed bin Salman, the kingdom’s de facto ruler who faces no overt criticism at home and who received lavish receptions earlier in his tour in visits to Bahrain, the United Arab Emirates and Egypt.

As part of his Arab tour, Saudi Arabia's Crown Prince MBS arrived in Tunis on Tuesday evening and was met by #Tunisia President Essebsi, followed by a working session. (Saudi enemies Qatar/Muslim Brotherhood are very strong and active in Tunisia, but Essebsi is not Islamist.) pic.twitter.com/vXyXKST66v

Since the 2011 “Arab Spring” uprising, which unseated several entrenched rulers in the region and triggered turmoil, Tunisia has undergone a democratic transition and is one of the few Arab countries to allow protests. 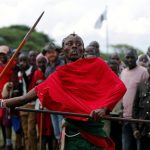 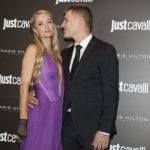