Many researchers have studied the San—from their traditional hunter/gatherer lifestyle and knowledge of traditional medicines (see the hoodia weight loss fad) to their Khoi-San (or Khoisan) languages characterized by click consonants. DNA studies suggest that they may even have directly descended from some of the earliest human ancestors.

“We’ve been bombarded by researchers over the years,” Hennie Swart, director of the South African San Institute, tells Callaway. “It’s not a question of not doing the research. It’s a question of doing it right.”

As Callaway reports, the motivation behind writing a code of ethics largely came from the publication of a study in 2010 that documented the genome of four San men in Namibia. For this study, researchers received the appropriate ethics approvals from the Namibian government and their respective universities. Using a translator, they also filmed verbal consent from the participants. But San leaders were upset that they were not consulted about the research and questioned the way verbal consent was acquired from participants. They also objected to terms used in the final paper, including “Bushmen”—a colonial-era name that is considered an insult.

The new code of ethics, which does not have any legal standing, requests researchers to submit proposals for their studies to the San councils for approval. Researchers are expected to respect the privacy of San, not take or publish photos of individuals without their consent, and not bribe individuals to take part in their studies. They also ask that researchers communicate honestly with the San and do not misrepresent the purpose of their work.

The code also describes how benefits from the research should be shared with the community, which is not limited to money. The code suggests that researchers provide opportunities for co-research, skills training and employment of translators and research assistants. In extreme cases of ethics violations, the code says that researchers may be blacklisted from working with the San.

One of the more controversial parts of this code of ethics is a request for San to review the research before publication, reports Linda Nordling at Science. “Before somebody publishes anything they need to discuss it with the community. Then the community can say: You don’t understand, or that it’s damaging,” Leana Snyders, head of the South African San Council, which helped draft the code, tells Nordling.

Leaders of three San groups, who represent about 8,000 people in South Africa, assembled the code: the !Xun, Khwe and !Khomani. But the majority of San live in Namibia and Botswana with smaller populations in Angola and Zimbabwe. The organizers hope that other San communities outside South Africa will also adopt the code.

Nordling reports that the development of the code of ethics has been in the works for some time. The project was partially funded by The Trust Project, an organization that promotes ethical standards in global research, which began working with the San after the controversy over the 2010 genome paper.

The research community seems supportive of the effort so far. “If researchers want to work among the San and that’s the protocol, they should honor it,” Himla Soodyall, a geneticist at the University of the Witwatersrand in Johannesburg, South Africa, who has studied San genomes tells Callaway. “That’s what social justice is all about.”

Other indigenous groups, including the First Nations peoples of Canada and Aborigines in Australia have previously developed similar codes of ethics for researchers, reports Callaway. In those nations, research projects are approved by councils representing regional communities. 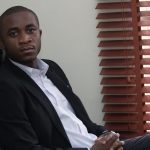