Samuel L. Jackson and LaTanya Richardson will celebrate their 40th wedding anniversary next year, and Jackson credits the longevity of their marriage to their love for one another and their mutual understanding of show business.

“The secret to our success? Well, I guess we still love each other,” the 70-year-old exclusively told Us Weekly at the New York City premiere of his new film, Shaft, on Monday, June 10.

And though four decades seem like eons for celebrity romances, the Oscar-nominated actor explained that relationships in Hollywood are little different from relationships elsewhere. “[Couples are] always breaking up in neighborhoods all over the world,” he said.

“Our job is just a job, you go to work, we go to work,” Jackson added. “If I’m at home working, I love coming home and sleeping in my bed. I was working a lot of other different places, but she comes to visit. You know, we both come from the theater. She’s on Broadway right now doing To Kill a Mockingbird, I’m out in the world doing movies. We understand the bond we have, the commonality of experiences, the commonality of joy of the theater and of our lives and of our daughter’s life, so it’s easy for us to stay connected.” 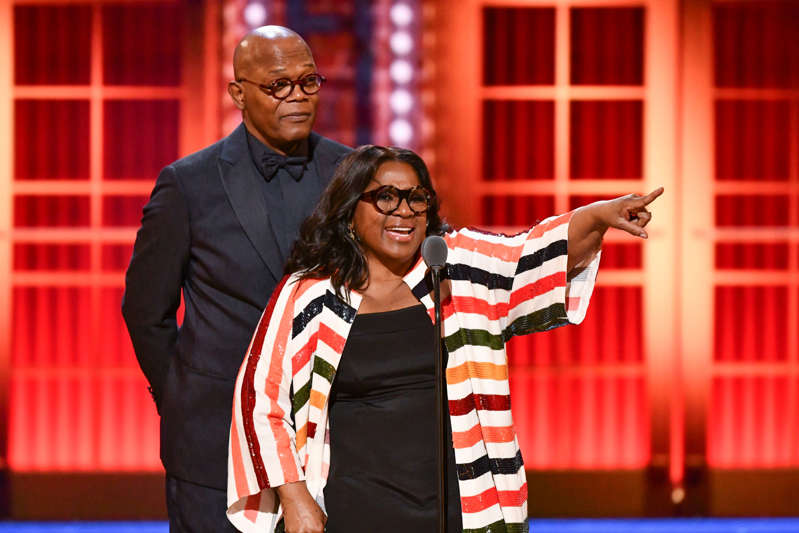 After Jackson and Richardson, 69, married in 1980 and welcomed daughter Zoe in 1982, Richardson started racking up screen credits of her own. The actress has appeared in the films Fried Green Tomatoes and Sleepless in Seattle and the TV shows Blue Bloods and Grey’s Anatomy. She plays Calpurnia In the current Broadway production of To Kill a Mockingbird, and she previously received a Tony nomination for her work in the 2013 Broadway production of A Raisin in the Sun.