A few days ago, Cameroonian footballer Samuel Eto’o announced that he was ending his career. After playing for Real Madrid, Barça, Inter Milan, Chelsea and many other big European clubs, the Cameroon striker has decided to withdraw from the football fields.

For several observers, Samuel Eto’o could be classified as the best African footballer of all time. The player had a pretty impressive career that lasted about 20 years. Samuel has particularly marked clubs such as Majorca, FC Barcelona during his stay.

Samuel Eto’o was also the emblematic captain of the “Indomitable Lions”. After raising the profile of African and Cameroonian football globally, Samuel Eto’o can calmly take a well-deserved retirement.

Asked what he will do after stopping his career, Eto’o said he needs to rest.

”  Having a good time with my family, that’s the next step. I need to rest, I ran for 24 years and I think it’s time for me to enjoy my wife and children, “ he said .

But Samuel Eto’o did not stop there. Even if he kept the suspense, he nevertheless indicated that very soon, he will do something else: “In a few months, you will see me doing something else,”  he added.

“I wanted to have several doors open at the end of my career. I will not be far from football. I will only do things that make me happy. And even if people love me, I do not think I’m going into politics. (…) I’m going to rest, I need a vacation. I’m going to travel with my lovely wife, “ he slipped a few hours ago to Rfi’s microphone.

At the microphone of Canal +, Samuel Eto’o had already indicated a few months ago that he would like to win titles as a coach since he has won almost everything as a player. Which means that it is likely that the Cameroonian striker will be converted into a coach.

” I won in Europe as a player, I have to win in Europe as a coach,” he said at the microphone of Canal + before adding  “I think I won a lot in the stadiums and that my duty now is to transmit all this experience. I tried for a few months the role of coach and I can play a team, “ he told the BBC. 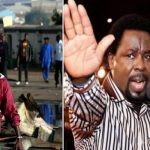 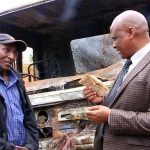