The project is expected to generate an estimated 2,115 megawatts of electricity in an effort of boosting the country’s power supply.

Speaking during the launch of the 4th SADC Industrialization Week, SADC Executive Secretary Dr. Stergomena Tax applauded the initiative saying it will benefit other countries in the 16-country strong trading bloc.

“We commend the efforts of President John Magufuli to increase supply of affordable energy through the 2,115 Rufiji Hydro Project that will translate to lower costs of production and contribute, not only in Tanzania but also the SADC region,” she said.

Tanzania is hosting the 39th SADC Summit from Saturday.

President Magufuli will also assume the SADC chairmanship for a year.

The US$3 billion project had been first mooted by Tanzania’s founding president Julius Nyerere as a means of boosting the manufacturing output.

The project involves a main dam and appurtenant structures, with expected reservoir length of 100 kilometers, covering an area of about 1,350 square kilometers.

The dam will be fourth-largest in Africa and ninth in the world. 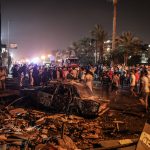 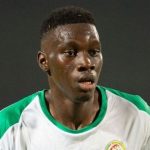