A nineteen year old teenager, Rahma Haruna, whose limbs started growing has passed away this and laid to rest.

The teenager was forced to live in a plastic bowl due to a mystery illness that struck her when she was only six months old.

It rendered the growth of her limbs and she was in constant pain. The illness confused the doctors and it finally took the life of the teenager.

Her mystic case came into light earlier last year when her worried mother, Fadi, decided to seek help from a medical specialist who might be able to treat her and made her daughter’s condition public.

Rahma was born a healthy child but at the age of six months, she didn’t learn how to crawl like normal toddlers do.

Her mom, Fadi said: “From six months when she learnt how to sit that was when it began. She didn’t learn how to crawl. She started with a fever and that was it. Then stomach pains. Then her body parts like hands and legs. She cannot use any if the ache strikes.”

Rahma dreamt of opening a grocery store and was particularly close to her younger brother, Fahad and her family.

Rahma, who was particularly close to ten-year-old brother Fahad and wished to open a grocery store, was placed in a plastic bowl to help transport her around her village, according to the Mirror.

When talking to Mirror, about her family, Rahma said: “They help me a lot. How do they? They give me anything I need.’ 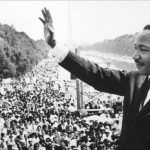 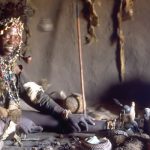