Kagame responded to a tweet by Mboweni on Tuesday after the minister declared that he will make a final decision on Friday on whether he will completely stop using the social network.

Hey @tito_mboweni ,it is not Twitter the problem it is people the…! When you're fine you are fine…Just get on with your life the way you want and find it fit.
Go back to tweeting you will be fine!! 🙂

Mboweni, who has more than 460,000 followers on Twitter, initially tweeted on October 30 that he would no longer post any original tweets after concluding that the platform had lost its original purpose.

“After a long thought process, I have decided not to do any original tweets anymore. I might, just might, retweet (not endorsement). I came to the conclusion that Twitter is no longer about its original purpose: ie to create a networked society. It is now an abusive platform,” he wrote.

On Tuesday, Mboweni tweeted that he was still considering ditching the platform despite pleas from fellow minister Fikile Mbalula and Rwandans.

“I was in Kigali over this weekend and I was told that it is a bad idea for me to leave Twitter. I respect my Kigali friends. Fikile Mbalula told me the same thing. I am thinking about my decision. For now, my decision stands. Twitter is no longer a networked society but ABUSIVE.” 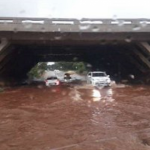 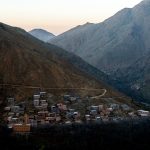