The 13-year-old Hakizimana is one of the eight youngsters in the January 2020 cohort at the Kenya-based centre.

Fresh from a compelling performance where he struck silver at this year’s East African U14 Tennis Championships in Kenya last week, Hakizimana, the local tennis federation says, has been an exceptional talent since he was 10.

ALSO READ:  Christmas To Be ‘Postponed’ In Liberia Until After Election Runoff

“We have been following him for the last three years – since he was 10-year-old. He is exceptional,” said Théoneste Karenzi, president of the Rwanda Tennis Federation.

“We are all, at Rwanda tennis, happy and proud of him. Junior (Hakizimana) will go places if he continues to work hard and get the right trainers”.

At the age of 11, in March 2018, Hakizimana won the East African U12 Championships held in Kigali before representing the country – and East Africa – at the African Championships later that year in Morocco.

Hakizimana is not the first Rwandan to win an ITF scholarship, but he is the youngest to do so. In the past, Ernest Habiyambere and Eric Hagenimana also trained at ITF High-Performance Centres in Morocco and South Africa. 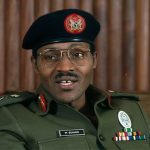 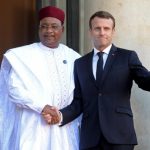