Russian President Vladimir Putin is expected to play host to dozens of African leaders next week as his country seeks to reassert its influence on the continent and beyond.

The heads of some 35 African countries will be in the resort city of Socho for the Africa-Russia Summit in the Black Sea resort of Sochi next Wednesday and Thursday.

For Putin, the summit is a chance to revive Soviet-era relationships and build new alliances, bolstering Moscow’s global clout in the face of confrontation with the West.

“Russia has always been present in Africa, this is a very important continent,” Putin’s spokesman Dmitry Peskov said ahead of the summit.

“Russia has things to offer in terms of mutually beneficial cooperation to African countries.”

Though never a colonial power in Africa, Moscow was a crucial player on the continent in the Soviet era, backing independence movements and training a generation of African leaders.

Remnants of that influence remain, from the Kalashnikov rifle on the flag of Mozambique to the Angolan flag with its hammer-and-sickle-style gear and machete.

The leaders of former Soviet client states like Angola and Ethiopia will be at the forum, but so will others from where Moscow’s engagement has been traditionally low, like Nigeria and Ghana.

Russian companies have invested in oil and gas in Egypt and Nigeria, in diamonds in Angola and in metals in Guinea and South Africa. 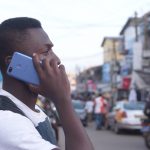