Search
Menu
Search
According to multiple reports and sources, Russian President Vladimar Putin is mounting  a big military mission to take control of the Islamic State’s power centers in Raqqa. This is the self proclaimed capital of Islamic state militants. Putin is set to mobilise 1,50,000 reservists for a big army operation against ISIS.
After the paris attack Putin told UK and France that he is ready to join hands with them in order to defeat the ISIS at the earliest. But the hesitation of European leaders and current American regime is a matter of concern for all the world leaders who care for this cause.
Earlier Putin openly praised Trump and his Anti Radical islam stand and said Trump is a smart guy. Trump is also keeping good relationship with the Russian president and is ready for a good working relationship with Putin if he is elected as American President.
Trump and Putin will be a deadly combo against Global Islamic terrorism and India can also join hands with them. Because ISIS is targeting India clearly in the name of religion.
Putin’s tough stand against Islamic state is really a blessing to the world as the world is dealing with the biggest threat of 21st Century. Only decisive leaders like Trump and Putin can check the growing threat of global Islamic terrorism. This is not the time for preaching peace when the enemy is ready to destroy the world.

Russian President Putin Said “to Forgive The Terrorists Is Up To God, But To Send Them To See God Is My Duty!” 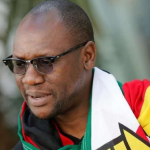 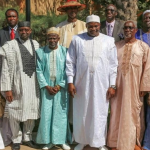