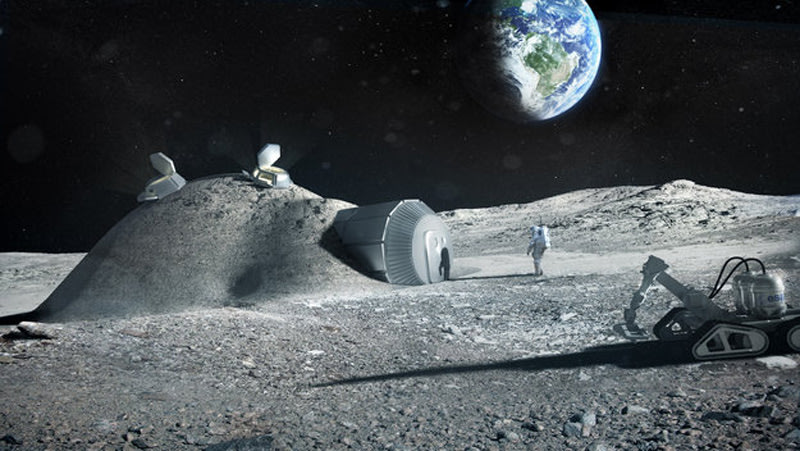 European Space Agency’s version of a permanent lunar base.

Before 2030, Russia plans to land its first cosmonauts on the moon, and Europe wants a piece of the action.

They’re a little late for the great space race of the ’60s, but the mission is an admirable push for the re-ignited interest in manned deep-space travel.

On Tuesday, at a space and technology conference in Moscow, the head of Roscosmos Energia — Russia’s version of NASA — announced: “A manned flight to the moon and lunar landing is planned for 2029.”

And the European Space Agency (ESA), who made history last year by landing the first ever spacecraft on a comet, is teaming up.

“We have an ambition to have European astronauts on the Moon,” Bérengère Houdou, who is the head of the lunar exploration group at ESA’s European Space Research and Technology Center,recently told BBC News. “There are currently discussion at international level going on for broad cooperation on how to go back to the Moon.”

Both Russia and Europe have expressed interest in establishing a permanent base on the moon. And they have already begun taking the fist steps toward this ultimate goal.

Last month, Roscosmos announced that it will send a lander, called Luna 25, to the moon’s south pole in 2024. After touch down, the lander will investigate the lunar surface for future lunar bases.

The Luna 25 mission was initially proposed in 1997 and has since suffered a number of delays, but it seems that with Europe’s aid the mission could finally get the jump start it needs. Construction on the spacecraft has already begun, Tech Insider reported.

This collaborative effort is a welcomed contrast to the lonely space race of the mid-20th century. While Europe and Russia raise their collective eyes to the moon, NASA continues its quest for a farther, more dangerous mission: Mars.