Sources close to the royal brothers said there will be a “formal division” when Harry, Meghan and their child move from Nottingham Cottage”, which is located in the grounds of Kensington Palace.

Meghan Markle and Prince Harry are expecting their first child together next Spring, and it’s likely they are preparing for the addition to their family by moving into bigger accommodation.

They currently live in Nottingham Cottage but are expected to move out to either the main part of Kensington Palace or even find a new royal residence altogether.

A source told the Sunday Times: “William and Harry’s double act has naturally been supplanted by the two couples and their families.”

The Duke and Duchess of Sussex have repeated their desire to bring up their children as normally as possible.

An anonymous source also said Prince Harry and Prince William are considering the split as they “no longer rely on each bother as before” since their families are growing and their royal roles changing.

They are also looking at creating operate courts to better reflect their different duties and needs.

The source told the Sunday Times Meghan’s pregnancy had now brought forward a formal split between the brothers.

They said: “The brothers have leant on each other and looked after each other since their mother died. 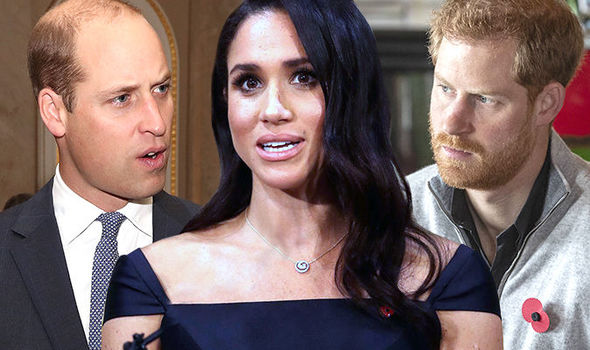 Meghan pregnancy is the reason Harry and William are set to go their separate (Image: GETTY•WIREIMAGE)

“But now they have their own families, they longer rely on each other as before.”

The source added Harry and William’s evolving royal duties are also playing a large part in their decision to split up.

It said: “When William becomes the Prince of Wales, he will take on a lot of extra responsibility, including the Duchy of Cornwall and all that entails.

“Harry and Meghan have non of that, and seems ambitious about forging their own paths. 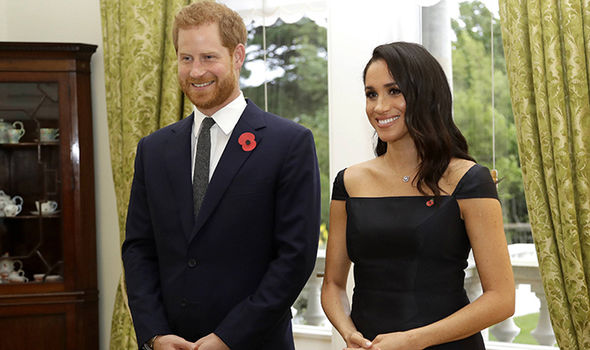 Meghan and Harry could be preparing for their new addition by moving to bigger accommodation (Image: PA)

“If you have one private office tying to manage both, things get difficult.”

The growing popularity of William and the Duchess of Cambridge’s children will be central to any decision made, with Prince George increasingly coming under the spotlight as he is the direct heir to the throne after his father.

This news comes just two weeks after Kensington Palace announced Meghan was pregnant with her first child with Harry.

A statement read: “Their Royal Highnesses are very pleased to announce the Duchess of Sussex is expecting a baby in Spring 2019. 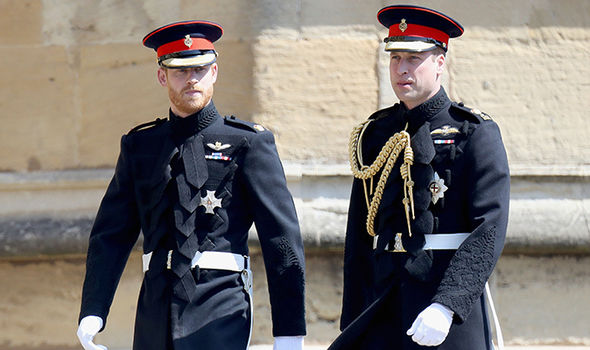 Harry and William’s growing royal duties are also playing a part in their decision to split up (Image: GETTY

“Their Royal Highnesses very much appreciate all of the support they have received from people around the world since their wedding in May and are delighted to be able to share their happy news.

“The Queen, Duke of Edinburgh, Prince of Wales, duchess of Cornwall and Duke and Duchess of Cambridge are delighted for the couple and were able to congratulate them on Friday at the wedding in person.

“Ms Doria Ragland is very happy about the lovely news and she looks forward to welcoming her first grandchild.”