Well, you’re in luck, sort of. Kensington Palace has shared a new family photo of the foursome that was  used on this year’s card.

“The Duke and Duchess of Cambridge are pleased to share a new photograph of their family. The image features on Their Royal Highnesses’ Christmas card this year,” the palace tweeted Monday. “

In the photo with an ecru background, the royals coordinate by donning various shades of light blue. This time next year, they will be a family of five. Kensington Palace announced in October that Will and Kate were expecting a baby due in April.

This photograph is featured on the 2017 Christmas card from Prince William, Duchess Kate, Prince George and Princess Charlotte.

If you have room on your card holder for one more royal Christmas card, you can also print out this tweet from Clarence House, featuring the Christmas card from Charles, Prince of Wales, and Camilla, Duchess of Cornwall. 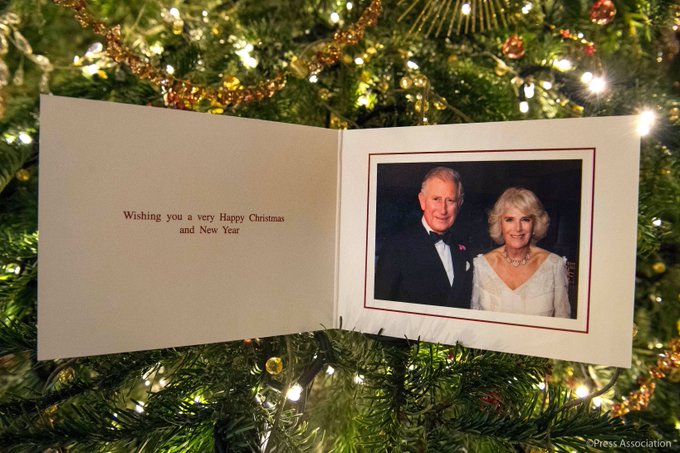 Here is this year’s official Christmas card from The Prince of Wales and The Duchess of Cornwall.