Tennis star Rodger Federer has pledged to donate over $1 million to help families who have been affected by the novel coronavirus in his native Switzerland.

“We must help families in need quickly and unbureaucratically,” Federer wrote on Instagram on Wednesday. “Mirka and I have donated to a newly established emergency assistance fund for families in Switzerland.”

The million franc ($1.02 million) gift likely won’t be felt much by the Swiss tennis star, who Forbes named the highest-earning person in the sport in 2018. Federer has earned nearly $900 million through prize money and sponsorships throughout his career and is on track to become the first tennis player to cross the billion-dollar threshold, Business Insider previously reported.

The World Health Organization has declared Europe the new epicenter of the novel coronavirus that has infected more than 436,000 people and killed more than 19,600 across the globe since originating in a wet market in Wuhan, China, last year. Federer’s native Switzerland is home to one of the ten worst outbreaks on the planet, with more than 10,000 confirmed cases and over 100 reported deaths. The Swiss government initiated a lockdown on March 16, closing all restaurants, bars, and schools, in addition to canceling public gatherings and restricting international travel in the hopes of slowing the virus’ spread, according to MarketWatch . 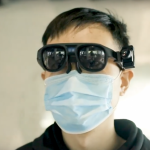 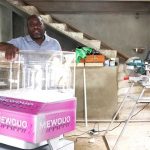