Robert Mugabe looked frail and weak as he posed alongside his favourite son in photographs thought to be some of the last ever taken of him.

The former President of Zimbabwe who has died aged 95 was always impeccably dressed during his 37 years in power as first Prime Minister then ruler.

Son Robert Junior posted these three photographs of his dad on his own social media accounts in June.

The former hard man, who ruled what used to be Rhodesia with a rod of iron from 1980 until he was toppled in 2017, was pictured in hospital care in Singapore.

In the wheelchair photo, he looks slumped and fair while sporting a white beard and wearing a black Adidas tracksuit with matching Adidas trainers.

Son Robert Junior, 27 – who plays basketball for Zimbabwe is also wearing a black Adidas t-shirt – spent much of his time with his father in his final months.

Photographs he posted also show Robert Junior sitting with his father kitted out in his favourite tracksuit and his second wife Grace who he married in 1996.

A relative was quoted by a Zimbabwe newspaper saying: “Of all Mugabe’s children he is the one who has spent the most time with him in his final years.

“He has been a rock to the former president and will be with him to the end”.

It was said Robert Junior has been taping his father’s memoirs since he lost power in a coup in 2017 by his protégé Emmerson Mnangagwa who is now president.

At a rally at Mugabe’s rural home in November President Mnangagwa said Mugabe was no longer able to walk and was at and was “very unwell”.

He said: “He can no longer walk but we will take care of him”. 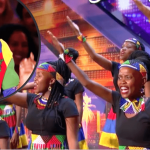 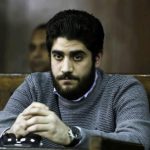