Thousands of supporters thronged streets of Harare in 2017 celebrating the anticipated fall of Robert Mugabe, Zimbabwe’s president since 1980.

After 37 years in power, the walls he had meticulously built around himself over the last three decades turned into rubble as the army, one his staunchest of supporters, and his own people, finally decided it was time Mugabe exited the stage.

One by one, his peers disowned him terming the march to Harare by troops as an opportunity for the Southern African nation to find its feet after a tumultuous two decades.

Botswana’s President Ian Khama, at the time, told his Zimbabwean counterpart Robert Mugabe to step down as he no longer had any regional support to cling on to power.

Khama said the military intervention had also “presented an opportunity to put Zimbabwe to a path of peace and prosperity”.

“I don’t think anyone should be president for that amount of time. We are presidents, we are not monarchs. It is just common sense,” Khama said in a statement.

The all-powerful War Veteran’s Association also added voice to the debate saying Mugabe had lost all legitimacy in the eyes of the group that had propped him up during the best and the worst of his years.

For Mugabe though. Like many other long serving leaders of the world, the writing was on the wall for quite some time, but he chose to look the other way.

In 2016, the country’s war veterans’ association for the first time spoke out publicly against their leader and released a statement on what they termed ‘dictatorial tendencies’ by the President, terming his leadership ‘bankrupt.’

“We are dismayed by the President’s tendency to indulge, in his usual vitriol against perceived enemies, including peaceful protesters, as well as war veterans, when the economy is on its knees,” the statement said.

For decades, the war veterans had been indispensable allies of Mugabe and had been central to the manner and maintenance of his 37-year-long rule.

Looking the other way though, a select cabal of loyalists were quick to distance themselves from the war veterans’ statement.

The then defence minister called the move “treasonous” and tried to discredit the statement as the work of infiltrators, saying: “There is no war veteran who would be so disparaging about the president”.

That time though, there had been little sympathy thrown the direction of the world’s oldest president. Bit by bit, the dominoes began falling on each other, the last one to topple being the certain fall of his presidency.

Amid all this, the former war hero remained defiant. Continuing to believe in himself and clinging onto whatever semblance of power or authority that he still commanded.

Analysts however said that Mugabe was only holding on to power to secure the safe passage of his family after his exit, particularly due to the distrust that the army had on Mugabe’s ambitious 52- year old wife Grace, who was widely believed was behind a series of shocking shake- ups within Harare’s corridors of power.

Mugabe and the army chiefs held talks on, but no official statement was issued on the status of negotiations that could see him eased out of office.

His first public appearance since the coup was at a graduation ceremony where he was seen to be following the speeches of the day through shut eyes.

Grace was absent, out of the public eye since the takeover by the military, which did not overtly called for President Mugabe’s resignation, but infused some new energy into what has been a lethargic political space in Zimbabwe.

News agency AFP reported that many Zimbabweans had either welcomed the army’s intervention or were indifferent to it.

Morgan Tsvangirai, a former prime minister and long-time opponent of Mugabe, told journalists in Harare that year that Mugabe must resign “in the interest of the people”.

Tendai Biti, who served as finance minister during the coalition government after the 2008 elections, called it “a very delicate time for Zimbabwe”.

“A way has to be worked out to maintain stability,” he told AFP.

Mugabe is admired by some in Africa as an elder statesman and anti-colonial hero. But many more at home and abroad revile him as a dictator happy to resort to violence to retain power and to run a once-promising economy into the ground.

Perhaps for the first time in many years, ordinary Zimbabweans had something to genuinely celebrate as they danced in the streets, hugging soldiers they had lived in fear of while celebrating the unthinkable.

Celebrating, what would have been treason barely a year earlier. Celebrating the fall of one of Africa’s brightest stars that came to symbolise both the hope and desperation of a continent with so much promise but too often held back by poor leadership. 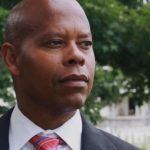 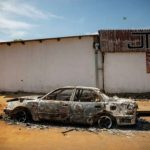