A blue plaque in his honor was recently installed at 44 Wimpole Street, where he lived and maintained his own business as a neurologist from 1902 until his death in March 1939. Dr. Risien Russell was a pioneering person in the medical profession and one of the first Black neurologists in the United Kingdom in the early 1900s.

According to the University College of London, he was born in 1863 to an Irish father and an African-American mother. In 1883, he enrolled at the University of Edinburgh to pursue a doctorate in medicine. In 1903, he was appointed to the board of the National Hospital, Queen Square, London’s first neurological facility.

ALSO READ:  Here's How Christmas Is Best Celebrated In Ghana

He overcame racial injustice, like many people of African descent, to become one of the most prominent lecturers, researchers, and physicians. In 1890, he was instrumental in establishing the British School of Neurology.

He used his extensive medical knowledge to further our understanding of the anatomy of the brain and nervous system, and he laid the groundwork for defining specific conditions such as subacute combined degeneration of the spinal cord. While working at Wimpole Street, he also became an authority on mental health disorders, treating celebrities such as explorer Sir Henry Stanley and novelist Humphrey Ward.

Between 1908 to 1918, Russell was a captain in the Royal Army Medical Corps, when he developed an interest in shell shock. He was also well-known for his divisive views on mental health. He believed that people suffering from mental illness should be treated at home rather than in a hospital. In 1924, he faced popular wrath for claiming that no one was completely insane.

At the end of his career, the High Court sought his expert opinion in landmark and difficult cases involving psychiatric issues. At the age of 75, he died in the consulting room between appointments.

Dr. Rebecca Preston, an English Heritage Historian, stated that Russell was a gifted medical practitioner who contributed to a better knowledge of the neurological system and mental health difficulties. She stated that it is critical to appreciate the efforts of a pioneer who dedicated his life to improve the medical profession for 40 years.

Professor Michael Hanna, Consultant Neurologist and Director of the UCL Queen Square Institute of Neurology, stated that Russell practiced at a time when prejudices and biases against black people were rampant, but he overcame them and excelled. He claimed that without the pioneering neurologist, some medical discoveries and neurological diseases would have remained unknown in the early 1900s. 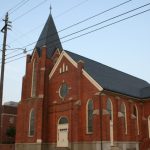 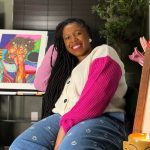