The NAACP celebrated a year of achievement with the 51st NAACP Image Awards broadcasted live on BET. The big winners of the evening included Lizzo as Entertainer of the Year and Jamie Foxx as Outstanding Support Actor in a Motion Picture for Just Mercy.

During the evening, Rihanna was presented with the President’s Award by NAACP President and CEO Derrick Johnson for her philanthropic efforts and community service.

ALSO READ:  6-Year-old Twins Allowed to Get Married as their Parents Believe they Were Lovers in Past Lives [Photos]

Coming off a birthday celebration in Mexico, Rihanna appeared at the ceremony wearing a purple ruffled dress from Givenchy’s spring 2020 couture collection, Yahoo reports. During her acceptance speech, she spoke to everyone coming together to “fix this world” and in glowing honor of receiving the award.

“Thank you to the NAACP for all of your efforts to ensure equality for our communities,” Rihanna said. “Thank you for celebrating our strength and tenacity. We’ve been denied opportunities since the beginning of time. Still, we prevail. so I’m honored. Imagine what we can do together. Thank you for this honor.”

The evening also carried a tribute to Kobe Bryant, his daughter Gianna and seven additional people who were killed in a helicopter crash. The moment showed a basketball goal on a dark stage with a piece of Bryant’s last speech playing with the final image being him and Gianna hugging, CNN detailed.

U.S. Congressman and civil rights leader John Lewis (D-GA) was also recognized during the evening with the NAACP Chairman’s Award, which he sent in a video accepting the award.


Performances for the evening include Jill Scott performing “Do You Remember and “Is It The Way,” while H.E.R. performed Slide”, “Slow Down” and “Turn The Lights Down Low,” with the assistance of Skip Marley.

You can see all of the winners below.

ENTERTAINER OF THE YEAR
Lizzo 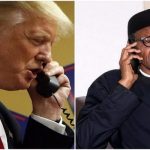