The houses are literally falling down in shambles and have no one to look after.

One of the well-known streets in the northwest part of London, near Hampstead area, a large number of huge mansions lie in a complete mess and have also become filthy. Considered as the most expensive streets in the world, the Bishops Avenue has several unattended homes, large mansions and properties that belong to billionaires and were not adequately taken care of! Due to remaining vacant for decades.

ALSO READ:  Russia-Ukraine War: Europe Agrees To Emergency Gas Cut As Russia Cuts Supply By 20%
ALSO READ:  VIDEO: Magnificent; Have You Seen The Inside Of President Mugabe’s Luxury Palace In The Sky?

11. Bishop of London Owned the Land

This beautiful house that once belonged to the Church of England is now a house for a 75-year old billionaire named Hourieh Peramaa. Bishops Wood surrounds this beautiful area and was primarily owned by the Bishop of London in 704. However in 1894 the house had been sold off to the Church of England and, since then, it has changed several hands. The house is named the Royal Mansion which is still pretty and elegant. The billionaire Hourieh Peramaa is currently planning for renovations worth $50 million.

Although most of us are not aware of this, but leaving a property empty for years, especially large estates of this kind, could actually be beneficial for billionaires. If an owner leaves such large properties empty for years, he actually gets certain tax concessions on them. In the UK, properties that are left unattended for more than two years qualify for reduced renovation costs. And the cherry on the cake is if the structure if leveled and newly built, there is no absolutely VAT rate on building costs.

An anonymous owner of the property at the Bishops Avenue lately inferred that most owners (about 90%) on the avenue do not live in their massive mansions, although the structures are accurately maintained. Since the street is crowded and noisy with traffic constantly flowing in, it is a terrible place to stay.

Although most of the massive mansions on the avenue have gone beyond repairs, the prices of these houses keep soaring continuously. What was once a Millionaire’s Row is now called the Billionaire’s row since the prices of the properties have increased so high that an average millionaire cannot afford them.

10 Owned by House of Saud

We know billionaires simply buy homes and large mansions as investments and have at least 10 of this kind in their name. Of course, it is not possible to stay in all of these houses due to which most of the houses are left unattended to rot and decay.

The Towers is a large mansion that was once an exquisite structure posing elegantly on one the second highest valued street in London.

The Georgians is yet another mansion on the Bishops Avenue in London that is left to decay by its owner. The mansion was once an elegant and beautiful structure that was owned by the Saudi Arabia Royal Family. The curtains, as seen in the picture, were once a piece of adornment and a symbol of wealth and elegance.

The Health Hall is one of the most expensive properties on the Bishops Avenue in London as of its recent listing. The mansion that was originally built for Tate and Lyle, the sugar magnates, is currently quoted at $168 million, the highest in the UK real estate market.

Billionaires are international owners and have estates all over the world. But, with so many estates on their name, it practically becomes impossible to look after every structure and they are left to decay and rot alone. 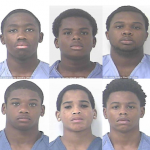 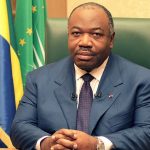