Kim Kardashian at gunpoint: News broke earlier that Kim Kardashian West was held at gunpoint and robbed in a discreet luxury residence in Paris by at least two armed masked men dressed as police officers, on Monday between the hours of 2 to 4 am. It has now been revealed that at least ‘$11 million’ worth of jewellery was stolen. The men reportedly stole a jewellery box worth €6 million ($6.7 million) and a ring worth €4 million ($4.5 million). “At around 2.30am, the robbers are believed to have entered the building and handcuffed the night guard. They then entered Kim’s room, threatened her with a weapon, ‘tied her up and locked her in the bathroom. Her daughter, North, and 10-month-old son Saint, are not believed to have been in the room at the time.”

A photographer, who has been following Kim since she arrived in Paris, is being questioned by police. He is said to have gained access to a restaurant where she and her family were dining earlier this week by posing as a policeman. A Paris police official also confirmed that there was a robbery and an investigation was underway. 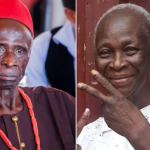 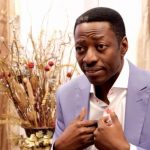