The 469 members of the 8th national assembly have at least 2,570 aides, an investigation by NAN has revealed.

Out of the number, 700 aides work for lawmakers in the senate, while the remaining 1,870 are engaged by house of representatives members.

This category of aides, it was learnt, have a monthly salary of a minimum of N950,000 but was reduced to N400, 000 by the current management of the assembly. All the aides are paid from the coffers of the assembly.

As provided in the national assembly act, each lawmaker, excluding principal officers, is entitled to five aides – one senior legislative aide, two legislative aides, a personal assistant and a secretary.

It was discovered that in the provision, president of the senate is entitled to 45 aides, his deputy 30 and 20 each for principal officers.

Similarly, speaker of the house of representatives has 35 assistants, deputy speaker 15 and 10 each for the six principal officers.

The number of aides to each legislator, it was gathered, includes those in their constituency offices.

However, NAN gathered that some of the lawmakers, especially principal officers, have more than the statutorily approved number of aides in their employ, who also draw their salary from the assembly’s funds.

Some lawmakers, however, pay the aides from their own resources.

It was also revealed that many legislators draw the emolument of their aides from the assembly’s funds but pay them fractions. Some of the lawmakers employed only one or two aides but are collecting the full salary for the five they are entitled to.

This act was discovered to be perpetrated more by the members through their constituency offices, which they are mandatorily expected to have in their areas but they deliberately don’t.

They submit names of non-existent staff in the constituency office to the national assembly service commission and collect their entitlements directly.

An aide to a senator from the south-west, working with him in Abuja, told NAN that he had never heard of other aides or office that his boss has in his constituency.

“All of us, his aides are here; it is only when he is travelling to the state that he goes with the senior legislative aide and his younger brother,” he said.

“The brother works with him; he is not documented but he is in charge whenever oga (the boss) is not around. But, all of us are always in the office in Abuja; I do not know of assistant or aide he has at the constituency level or in the state.”

The source declined to disclose his salary, allowance and pay point, but said the emolument depended on the grade of the aide.

He, however, disclosed that the least paid aide earned N120,000 from the assembly commission.

The lawmakers contacted on the issue declined to comment, with some of them saying they were complying with the rules.

The clerk of the national assembly and officials in his office also rebuffed enquiries on the issues.

Reacting to the findings by NAN, some stakeholders called for reduction in the number of aides working for federal lawmakers and a slash in their pay.

They told NAN that the reduction is necessary in view of the current economic challenges facing the country. 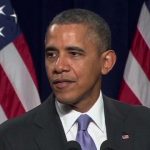 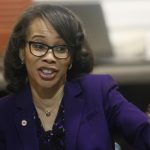