Patrice Lumumba was the first democratically elected leader of what is now known as the Democratic Republic of the Congo. The Congo had been a colony of Belgium since the late 1800s, which ruled over it with brutality while plundering its rich natural resources. Patrice Lumumba rose as a leader of the Congo’s independence movement and, in 1960, was elected as the first prime minister of the country.

Lumumba’s pan-Africanism and his vision of a united Congo gained him many enemies. Both Belgium and the United States actively sought to have Lumumba overthrown or killed. The CIA ordered his assassination but could not complete the job. Instead, the United States and Belgium covertly funneled cash and aid to rival politicians who seized power and arrested President Lumumba. This is how it was reported in a Universal Studios newsreel in December of 1960.

CIA chief, Allan Dules, allocated $100,000 to accomplish the act. Lumumba’s murder has been called the most important assassination of an African in the 20th Century

He challenged the western order of white superiority and economic stronghold to their southern conquest. Lumumba was killed by the US government in conjunction with Belgians government. Since we are not united, we watched and we keep watching as they drop the intelligent and bravest of us. They leave us with camels and sheeps and turn them into Legends. 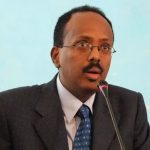 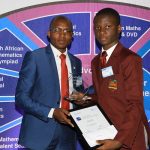