The much-hyped Mombasa Rocks mega-concert finally went down on Saturday, with American RnB singer Chris Brown gracing the show billed as the biggest entertainment event in Kenya in 2016.

Even so, the grand event was not without controversy. Soon after the superstar touched down at the Moi International Airport, social media went ablaze with Kenyans demanding his deportation over claims that he had smashed a fan’s iPhone.

Nonetheless, it is the details of an alleged contract between Chris Breezy and the event promoters that amazed Kenyans even more – so much that the iPhone drama almost got forgotten.

The agreement seen by the Nation was prepared by a London-based agency between the artiste and Wale Wasee Limited — the Kenyan promoters.

Here are conditions in the contract that had to be met before Brown could perform in Mombasa.

1. Chris Brown would be paid a whopping Sh90 Million for performing at the Mombasa Golf club for 90 minutes.

5. Private local ground transportation for artiste and travel party for the entire duration of stay.

6. Luxurious accommodation consisting of one presidential suite for the artiste, one junior suite for his management, and king singles for travel party, at an artiste approved 5-star hotel.

7. The hotel he was to be booked had to be located as close as possible to the concert or rehearsal venue.

8. All bookings and arrangements including media interviews were to be made in conjunction with and approval of the artiste’s tour manager.

Ms Thandi Ojeer of Wale Wasee LTD, however, disputed the colossal amount said to have been paid to Chris Brown saying: “No, I wish I had that kind of money”.

Asked to provide the actual figure, the promoter said: “That’s confidential information; it’s like asking someone to reveal their bank balance.”

Meanwhile, the RnB singer left the country in his private jet on Sunday 4am. 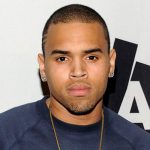 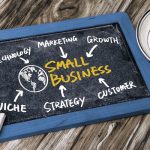