The Special Assistant to the President on social media, Lauretta Onochie has now reacted to the agitations of a group led by Charly Boy, demanding the quick return of President Muhammadu Buhari or resignation

Yesterday, the organization, Concerned Nigeria led by the renowned singer, Charly Boy took to the street of Abuja to demand the resignation of the ailing President who has been in London for over 90 days or tender his resignation.

However, supporters of President Muhammadu Buhari, under the aegis of Buhari Campaign Organisation (BCO), on Monday, said Nigerians had benefitted from the strides of the current administration such that Buhari currently boasts of, at least, 12.2 million voters for the 2019 election.

In what they called a silent revolution of the country’s fortunes, the organisation, led by its national coordinator, Mr Danladi Pasali, pointed to developments in agriculture, security, corruption as evidences of good governance by the Buhari-led administration.

Speaking at the opening of the South-West office of BCO in Ibadan, Pasali said the fact that 19 states in the North, among others in the South-East and South-West, were exporting rice and that terrorist group, Boko Haram, had been defeated, were worth celebrating.

He noted that Buhari had recovered from his ill-health and would soon return to the country. 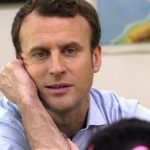