Some commercial ships that have rescued people in danger have lied about their destination, according to a telephone hotline that helps migrants lost at sea.

Alarm Phone says the crews of several ships led migrants to believe they would be dropped off in Europe, but instead returned them to Libya.
On February 12 at 14:45, Alarm Phone, a hotline that takes distress calls from migrants lost in the Mediterranean Sea, posted the following message:

“Today, we were called by people who had been illegally sent back to Libya. They had been intercepted by a merchant ship and told they were going to be brought to Europe. Instead, they found themselves in Tripoli.”

Alarm Phone contacted one of the migrants involved in the rescue in question, who described what had happened. “We were 62 people on a dinghy. A boat approached us and brought us on board. They told us: ‘We’re going to take you to Rome.’ Then they gave us biscuits, medicine … We went to sleep, we were exhausted. At 8a:45, when we woke up, we were in Tripoli.”

This is not the first time that Alarm Phone, which is managed by activists, has been alerted by migrants to this kind of practice. Several commercial vessels – not humanitarian boats – have reportedly lied about where they planned to disembark rescued migrants and returned them to Libya. “It looks like it’s a new tactic of the crews of commercial ships,” Maurice Stierl, a member of Alarm Phone, told InfoMigrants. “We think it’s a strategy to avoid unrest on board. It’s really very cynical.”

In January, Alarm Phone reported that 140 people, rescued by a commercial ship, the Lady Sham, had been returned to Libya, again, without being informed.

InfoMigrants was able to contact Sara* who was on board. “When we were picked up by the Lady Sham on the open sea [on the 20th of January], the crew told us that we were heading to Germany, but the next day we realized that we had been sent back Libya.” 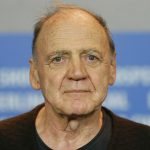 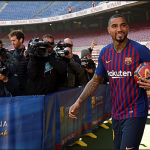