The late MDC founding leader Morgan Tsvangirai’s child has been chucked out of school for failing to pay school fees, the Daily News can report.

Tsvangirai’s Daughter Vimbai Denies That She Was Imposed To Contest In Glen View South
As a result, the mother of the child — born out of wedlock — has through her lawyers, written to the executors of the late former trade unionist’s estate, asking for assistance, amid claims that Tsvangirai left nothing meaningful to his name

The executors and some of the beneficiaries met in Harare last Friday to discuss the estate, with indications that the only property in Tsvangirai’s name is the Strathaven home in Harare, which he co-owned with his late wife, Susan.

Tsvangirai died on February 14, this year after succumbing to colon cancer.

He left behind several children, sired with different women, some of whom are now claiming a share of his estate.

Of note is the child he sired with a Bulawayo woman, Lorreta Leonie Nobesuthu Nyathi, who is now a student nurse.

Nyathi, through her lawyer Wellington Magaya from Coghlan and Welsh Legal practitioners, has written to the executors of Tsvangirai’s estate, Innocent Chagonda and Charles Maunga, demanding assistance.

In the letter, she reveals that Tsvangirai’s minor child has been out of school for four weeks due to non-payment of fees, amounting to 28 800 rands.

Efforts to have the executors write a letter confirming that they would pay for the school fees once the estate has been finalised hit a brick wall last Friday, after they challenged the suggestion.

According to a source who attended the meeting, Ndiweni, who claims to have been customarily married to the late former Prime Minister, is said to have a 10-month old baby, whom she claims to be Tsvangirai’s child.

During the meeting, it was also discovered that the herd of cattle left by Tsvangirai, was actually jointly owned with his brother under a company called Pakuru Farming and Chemicals.

The brother claimed they initially had about 200 cows and by the time of Tsvangirai’s death only 45 had been left, after the rest had been disposed off by Tsvangirai.

It was also realised that the Highlands home, where Tsvangirai was staying, was registered in government’s name, even though the former prime minister had been given a two-year period within which to buy the house.

Tsvangirai had reportedly raised about $800 000 for the house, which was banked in CFX Bank before the financial institution closed down.

While Elizabeth is in charge of three other houses, she claims they were not part of the estate, stating that she bought the other two before she got married to Tsvangirai, adding that the other one is registered under one of her companies.

With nothing now at hand to take care of Ethan’s school fees, the meeting suggested that Vincent and Garikai, who are currently staying at Tsvangirai’s Strathaven house, must pay rent to meet some of these demands, a point which is still under consideration.

“As it stands, there is nothing that any of the beneficiaries can clutch on to pay for school fees, because it is proving that the former prime minister left nothing meaningful to his name,” a source close to the issue told the Daily News.

On the other hand, lawyers representing Ethan are also contemplating claiming maintenance from Tsvangirai’s estate to foot the child’s school fees.

Sources also told the Daily News that Elizabeth revealed during the meeting that the MDC had promised to periodically release money to the family but the money was coming in dribs and drabs.

Despite assurances from President Emmerson Mnangagwa in January this year that he was going to pay Tsvangirai a lump sum for the period that he was in government as prime minister, nothing has been paid so far. 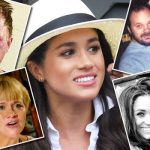 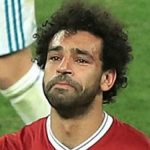