The British Secretary of State for Foreign and Commonwealth Affairs, Boris Johnson in an interview with BBC Radio 4’s Today programme said the removal of Col. Muammar Gaddafi from power has been a tragedy for Libyans. This statement is however not surprising especially to critics of the foreign intervention in the Libyan crisis. Johnson told the BBC “we were way over-optimistic about Libya’s future” Just last year, former U.S. President Barack Obama, while answering questions on his time in office, said invading Libya was his worst mistake. The North Atlantic Treaty Organization (NATO) under the name Operation Unified Protector through the approval of the United Nations (UN) Security Council went ahead to enforce an arms embargo, freezing of Libyan assets, ban on travel for key Libyan leaders amongst other measures.

On March 19, the U.S., U.K. and France invaded Libya with missile attacks on Libyan government forces. The NATO invervention was ostensibly to implement United Nations Security Council Resolution 1973. On the day, the then British Prime Minister David Cameron ordered British forces into action against Libya in “Operation Ellamy”. The attacks were said to be with the aim of protecting civilians from war crimes, ethnic cleansing and genocide. Questions continue to be raised why cases such as Rwanda during the conflict which resulted in the genocide and the Central African Republic were not treated with such expedience.

It’s been six years since western powers invaded Libya with the hope of enforcing a democracy on the country. Libya is in more crisis than it was; currently it’s experiencing a protracted conflict with no end in sights. Despite the failure to restore order and security, Western powers and the UN have not stopped from politicking around the dire situation prevailing in the country.

Libya has become a home and breeding ground for Islamic fundamentalists and terrorists. It is a revised version of Somalia, different context, but with the similar state of insecurity. In his visit, Johnson pledged £9 million to help tackle issues of terrorism and kidnapping in the country. Britain played a foremost role alongside other nations in tearing Libya apart, ignoring the African Union solution to the Libyan crisis which involved dialogue. Britain has been reported to have operated an “open door” policy that allowed British-Libyans to join the rebel force that fought against Col. Gaddafi.

Gaddafi had long dreamed of setting up the United States of Africa with him as its ruler. (Photo: Video still)

Europe has been facing a series of terrorist attacks and the chaos in Libya is not too far a reason for this. As is common with most Western nations, Britain is yet to fully acknowledge its disastrous role in Libya. Johnson was in Libya for a two day visit where he spoke with Field Marshal Khalifa Haftar, who controls eastern Libya. This visit comes after French President Emmanuel Macron met with the Prime Minister Fayez al-Sarraj and Khalifa Haftar in Paris a month ago.

The contradiction, where countries that brought war to Libya seek to restore its peace is a big testimony on how foreign intervention on issues of governance in Africa should be handled by the AU, a body with a much deeper understanding of the region, political and moral legitimacy to deal with continental disputes.

According to a report by The Canary, “the last decade and a half have shown, it is not unusual for western governments to use military action as a first resort, rather than last.”

The western media painted the image of “Western nations saving the Libyan people from Col Gaddafi’s crackdown.” The demonization of African leaders has continued, with Rwanda’s Paul Kagame as the focus now.  A report released last year September by the British parliament stated that “. . . was not informed by accurate intelligence. . . the Government failed to identify that the threat to civilians was overstated and that the rebels included a significant Islamist element.”

The attack on Libya by the western forces was a crime and this makes their leaders, including the former British Prime Minister David Cameron, as labelled by media watchdog Media Lens, a war criminal.

Without any lasting solution in place, Libya serves as a memory of what Western forces can do to an African nation, and get away with their crimes without facing any legal consequences. 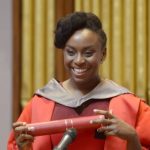 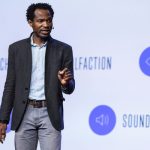