Thomas Garrett was a Quaker abolitionist who helped many slaves escape to freedom. Throughout his lifetime, Thomas Garrett earned the respect of many previous slaves whom he helped escape.

When Thomas Garrett died, he died peacefully because of old age, not due to any slave catchers.

At his funeral, Thomas Garrett had the support of previous slaves who were free because he influenced them so much.

As a child, Thomas Garrett grew up with 12 brothers and sisters! He grew up in a town called Upper Darby Pennsylvania. As a boy, Thomas Garrett helped his father on the farm and in the many mills they had. He also learned how to make tools and become a blacksmith from his father.

At a young age, Thomas Garrett was determined to help fugitive slaves get to freedom when he watched his parents hide slaves in Upper Darby Pennsylvania. One time, kidnappers entered home and kidnapped a free black woman and left the family. Since then, Garrett has always wanted to help families escape to freedom.

Thomas Garrett was raised through the beliefs of the Quakers and their religion. In this religion, people believed that there was a part of God in everyone.

He was taught as a child that we can have some direct experience of communion with God and some reliable knowledge of God’s Purpose. Because everyone can talk to God, everyone must be equal, according to the Quaker Belief.

During Quaker worship in the time Thomas Garrett was alive, people were silent while they had communication with god. Therefore, there was no hierarchy in this religion, no priests or bishops who are considered ‘leaders.”

Thomas Garrett wore traditional clothing that many Quakers wore at the time, wore broad- brimmed hats and a Quaker waistcoat. Quakers took the decorations off, because they believed in simplicity.

During his adult life, most of his accomplishments occurred when he was living in a Union state that allowed slaves, in a town called Wilmington Delaware.

Thomas Garrett is a hero not only because he helped 2,700 fugitive slaves escape to freedom, but because of the heroic acts he did during his life.

One day, a slave holder approached Garrett and said, I heard you helped one of my slaves escape!  Thomas Garrett admitted to giving the slave money and means for escaping.

The slave holder continued to get angry and threatened to kill him, but Thomas Garrett replied, “Here I am, you can shoot me if you would like.”

Thomas Garrett continued to help slaves even after he was taken to trial in 1848 and became convicted and fined for helping fugitive slaves escape.

In order to make bail, Thomas Garrett sold much of his belongings and continued to help more slaves than ever escape to freedom.

Thomas Garrett was a very important figure on the Underground Railroad in the 19th Century. 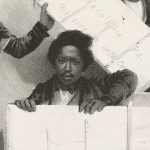 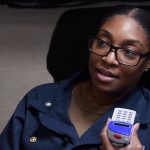