Miles Dewey Davis, a notable African-American musician, songwriter, jazz trumpeter, composer, and bandleader, was born in Alton, Illinois on this day in 1926. He was the son of Cleota Mae, a successful music teacher, and Mr. Miles Davis Dewey Sr., a distinguished dental surgeon.

Miles Dewey is regarded as one of the greatest black American musicians of his generation for his contributions to the development of jazz music. He went down in history as one of the most acclaimed and important figures in the history of jazz music in the United States during the twentieth century. Throughout his five-decade career of practicing and performing jazz, Miles took a variety of musical directions, keeping him at the forefront of several major stylistic developments in American jazz.

ALSO READ:  Rwanda to Participate in Miss World Pageant for the First Time in History
Loading...

Miles was born in Illinois and raised in a middle-class black family, where his father introduced him to the trumpet at the age of 13 years. Miles could learn so quickly through practice, and he immediately gained the gift of playing the trumpet under private mentorship by Buchanan Elwood, his father’s friend, who would guide him through his practical instruction excellently since he was a music school director.

Miles Davis began performing professionally while still in high school, and at the age of 17, he was invited to join Charlie Parker and Dizzy Gillespie onstage. When they needed a professional trumpeter to fill in for a sick bandmate, these great musicians saw Miles Davis as a suitable replacement.

Soon after, in 1944, at the age of 18, Davis moved to New York to pursue a career in music. As a result, he enrolled in the Julliard School of Music, then known as the “Institute of Musical Arts.” Davis then began to perform in Harlem nightclubs as both a trumpeter and a musician. He met several professional musicians with whom he played, laying the groundwork for a fast, bebop, which is an improvisational jazz instrumental style that defines the modern era jazz.

A year later, in 1945, Davis dropped out of Julliard School with his father’s consent, becoming a full-time jazz musician. He joined the Charlie Quinter Parker ensemble and made his first album in 1946, while also serving as the bandleader. Miles continued to record, and in 1949, he established a nine-piece ensemble that included unusual elements like the Trombone, Tuba, and French horn. He also made a number of recordings, which were ultimately issued as a single album titled “Birth of the Cool.” These were regarded as significant contributions to modern jazz.

Davis recorded numerous albums with his Davis Sextet during the 1950s and 1960s. His most famous albums from the late 1950s were Kind of Blue and Porgy and Bess, both released in 1959. The “Kind of Blue” CD was the best-selling jazz album of all time, selling over 2 million copies.

Miles Davis’s musical career lasted throughout the 1970s and 1980s before he became involved in drug usage in the late 1980s and early 1990s, becoming addicted to cocaine and alcohol. On September 28, 1991, at the age of 65, he died of respiratory failure and pneumonia in Santa Monica, California. His death was attributed to his drug use and addiction. 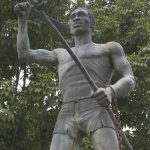 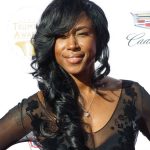