Charles Brown was a classically trained pianist in addition to being a composer, balladeer, and R&B singer. Tony Russell Charles Brown was born in Texas City, Texas, on September 13, 1922, to John Mose Brown and Mattie Evelyn Simpson Brown. Brown graduated from Galveston Central High School in 1939 and then enrolled as a chemistry major at Prairie View A&M College (now Prairie View A&M University) in Prairie View, Texas. In 1942, he received his bachelor of science degree.

Brown taught natural sciences at George Washington Carver High School in Baytown, Texas, for a short time, while also performing locally as a singer. He moved to the San Francisco Bay Area in 1943 and worked in local shipyards during WWII while continuing to pursue a musical career. Brown’s first single, “Merry Christmas Baby,” was released in 1947, and he was the featured pianist and singer. The song reached number three on the Billboard R&B chart.

Brown formed a trio with Eddie Williams on bass and Charles Norris on guitar in 1948. They had only minor success in Bay Area nightclubs until 1960, when Brown released “Please Come Home for Christmas,” a song he wrote with Gene Redd.

Charles Brown died on January 21, 1999, in Oakland, California, of cardiac complications. He was 76. 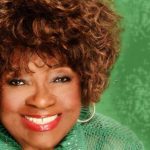