Growth is what no human can run away from. Even if slowed down, you still going to age. You decide to sit your butt in one place and do nothing or you make up your mind to run through the odds of time? whwichever way, time is gonna tick, the wheel of years is gonna roll and you will find you have grown and aged.

Over 25 years, to the day, since Home Alone was released in 1990. The McCallisters, The Wet Bandits, and everyone else has changed quite a bit in the past two and a half decades. Here’s what Macaulay Culkin and company are up to now.

ALSO READ:  Man Sentenced to Only 4 Years in Prison for Setting Police Station on Fire

Culkin played himself in a handful of episodes of The Jim Gaffigan Show. He’s also a Comic-Con regular for his past work on Robot Chicken and is in a pizza-themed, Velvet Underground parody band called the Pizza Underground.

ALSO READ:  You Need to See this Rare 3,800-Year-Old Figurine In Israel

Pesci announced his retirement from acting in 1999, but made a cameo in Robert De Niro’s 2006 spy thriller, The Good Shepard, and then starred in 2010’s Love Ranch. Now, he regularly plays in celebrity golf classics.

In recent years, Stern has cameoed on such shows as HBO’s Getting On and Showtime’s House of Lies, before landing a regular role on WGN’s Manhattan.

O’Hara plays opposite Eugene Levy as the socialite matriarch of a family that suddenly find themselves broke in Pop’s Schitt’s Creek.

Heard has appeared on series like NCIS: Los Angeles and in Lifetime’s The Lizzie Borden Chronicles mini-series.

Macaulay’s brother onscreen and off starred on Broadway in This Is Our Youth last year, and more recently, he returned to TV for the second season of FX’s anthology series, Fargo.Devin Ratray (Buzz McCallister)

Ratray regularly pops up on TV. This year alone, he guest starred on Agent Carter, Elementary, and Louie 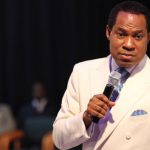 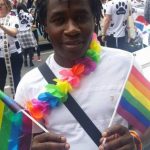