There are situations where you have chemistry with a guy and you know the feeling is mutual but you are yet to make your relationship status official because he hasn’t agreed that you are both dating.

He gives you all the right vibes but is yet to do anything about your feelings for each other. This attitude could be quite frustrating and there might be reasons he hasn’t asked you out yet and we have Seven, as follows:

Shy guys find it extremely difficult to ask girls out on dates since they fear rejection so much that they have a hard time finding the courage to come and talk to the girl they like. They may show signs of liking you from afar but if you want them to ask you out, then give them the reassurance they need to come talk to you.

2. He is intimidated by you:

One of the most important reasons why a guy you like may be holding himself back and not asking you out is because he is intimidated by you. Do you think you are a warm and friendly person? If not, then try to be a bit more approachable.

Just try to give that Guy enough opportunities to strike a conversation with you so he can ask you out.

Another reason why he hasn’t asked you out yet is because he already has a girlfriend but you just don’t know anything about her. Yes, but why is he staring and flirting with you? Well, maybe he just likes the attention, maybe he is just looking for a fling thing or maybe he really is indecisive and he doesn’t know how he feels about you.

The Guy you like might be a bit shy, introverted or he doesn’t know how you feel about him and that’s why he expects you to make the first move. If you know that he likes you back, then you could take that extra step and ask him out on a date.

5. He’s afraid of ruining your friendship:

If you and the #guy you like are good friends, then this may be one of the reasons why he hasn’t asked you out yet. Maybe he is afraid that if you two get romantically involved and it doesn’t work out, he may lose you as a friends and he clearly doesn’t want that to happen.

6. He just got out of a serious relationship:

A guy who just got out of a serious relationship may still be recovering, so he needs time to move on and think about a new relationship. Just give him time to heal and show him what a great catch you are. He will ask you out when he feels ready to take things to the next level.

7. He hasn’t made up his mind about you yet:

Even if it may hurt a little, you should know that another good reason why he hasn’t asked you out yet is the fact that he doesn’t know how he feels about you. He knows you like him but he runs hot and then cold. Maybe he just isn’t into you and if that’s the case, try to move on and find someone who loves and accepts you just the way you are.

What do you also have to say about these features…let have your say or comment below. 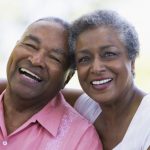 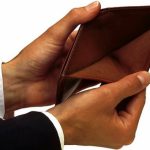