Raymond Pace Alexander was born on October 13, 1898, in Philadelphia, Pennsylvania, to a working-class black family. Raymond’s parents, like many African Americans in the 1860s and 1870s, had fled the rural South in search of economic opportunities and an escape from Jim Crow violence. Alexander’s father was a “riding master” who taught wealthy Philadelphia whites how to ride horses. Alexander was eleven years old when his mother, Virginia, died of pneumonia.

Alexander worked a number of jobs after his father died to help maintain the family. He was a dock worker who also had a bootblack stand and sold newspapers. He worked at the Metropolitan Opera House in North Philadelphia from the age of six to sixteen. Recognizing Alexander’s academic abilities, the Met’s owner, Jack Beresin, arranged for him to receive a scholarship to the prestigious all-boys Central High School, where he graduated as Valedictorian in 1917.

Alexander was awarded a merit scholarship to the University of Pennsylvania, where he graduated with honors after three years. He was the first black graduate of the Wharton School of Business in 1920, and he then enrolled in Harvard University Law School, where he got his J.D. in 1923, at the age of 26.

Alexander became the first black graduate of the Wharton School of Business in the late 1920s and subsequently enrolled in Harvard University Law School, where he got a J.D. degree in 1923 at the age of 26.

Alexander made lifetime friendships and friends at Harvard and used the experience to propel himself to a slew of triumphs upon his return to Philadelphia. Because of his influence, he encouraged other black attorneys to become civil rights advocates across the country and provide legal guidance, resulting in more equitable decisions regarding African Americans by the courts.

Loading...
ALSO READ:  How An Ex-Slave Made A Fortune In The Coal Business By Beating White Merchants At Their Own Game
64
SHARES
ShareTweetGet Stories like this
PinterestGoogle 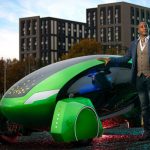 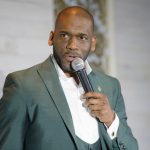