What more proofs do anyone needs to affirm the fact that Africa is blessed with inestimable numbers of talents. There are so many talents out there yet to be discovered. 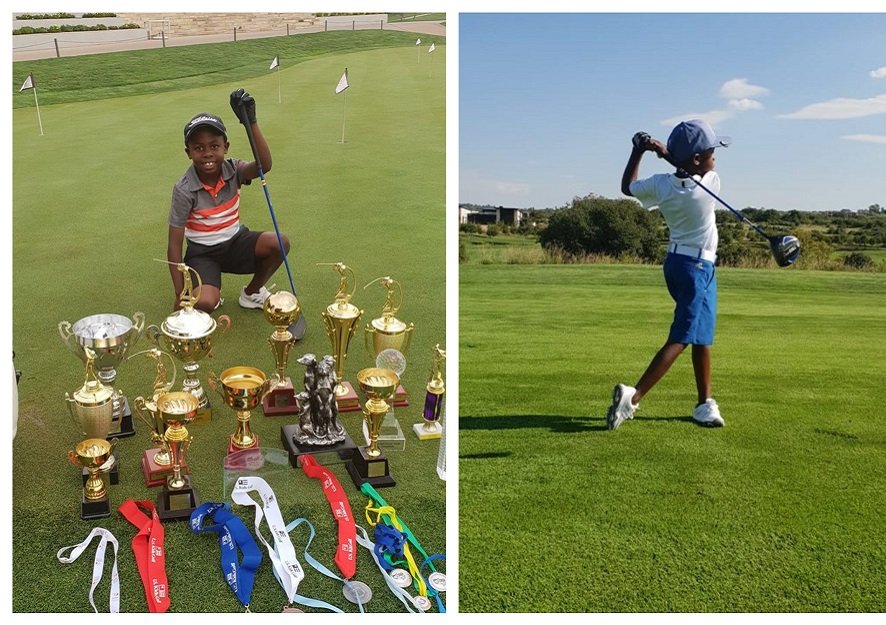 Just at a very tender age of 7, Simthandile Tshabalala, from Johannesburg, South Africa, has began competing in major local and international tournaments just last year and has already won over 20 trophies.

After being nicknamed ‘SimTiger’ by US golf officials following his sterling performance in the World Golf Championship in Malaysia last year, the young chap, who is in the top 15 of world kids’ golf rankings, continues to fly South Africa’s flag high.

He will represent his country at the Australian Open Golf Championships this week, but this almost did not happen after the Grade 2 pupil faced difficulties obtaining a visa.

His father, Bonginkosi Tshabalala took to social media asking for anyone, including Sport and Recreation Minister, Tokozile Xasa, to help.

Hi @MbalulaFikile kindly help. My 7 year old son qualified to represent South Africa in the Australian Open Golf Championship taking place in Australia from 6th to 9th April 2019. We have applied for Visas 4 weeks ago but nothing yet. Can you assist with expediting the process pic.twitter.com/W5vOru5tD9

Many South Africans rallied behind the boy and the problem was resolved Tuesday after government officials intervened, reports IOL.

The competition takes place from Saturday to Tuesday.

“The championship is a tournament attended by top players from around the world and he (SimTiger) was selected after championships in Malaysia in December,” Tshabalala, who is also the young golfer’s caddy and coach said earlier this week.

Meanwhile, Simthandile, who is excited about the development, said he is looking forward to competing against peers from around the world.

“I’ve worked hard in the past three months preparing for this tournament. It’s going to be difficult but I’ll rise to the challenge,” he was quoted by Daily Sun.

Simthandile started playing golf at the age of 5. His parents had introduced him to various sports such as tennis, swimming, soccer and golf when he was just 2.

“When he was four, he was hooked on golf and he never looked back,” his father said.

Many people, especially South Africans have expressed joy over the young boy’s talent and have wished him all the best as he readies to become a World Open champion in future. Here are some of the comments:

Meet 7-yr-old golfer Simthandile "SimTiger" Tshabalala.He got given the name SimTiger" by the U.S Kids golf officials after his performance in the World Golf Ch'/ship.He has already represented SA in the WGC that took place in Malaysia.He is ranked in the top 15 in the world. pic.twitter.com/JngAdyjSsT

Finally his VISA is sorted out thanks to Min of Sport @TokozileXasa & @MbalulaFikile for the intervention!!

Simthandile Tshabalala is doing the most at 7 man. Kid is flying out to Australia to represent the country in golf?! Watch that black boy fly. 🚀😭👊🏾

Congratulations to our youngest @SteynCity_Golf club member Simthandile Tshabalala & Grade 2 pupil of @SteynCitySchool who has recently garnered all these trophies & medals after only playing competitively for the past eight months. What a champ! pic.twitter.com/4HoGAXOFaI