Former President Barack Obama was in attendance for Sunday’s NBA Finals Game 2 in Toronto between the Raptors and the Golden State Warriors. He rolled up to Scotiabank Arena in a snazzy leather jacket and eventually took his seat alongside NBA commissioner Adam Silver.

While Canadian Prime Minister Justin Trudeau wasn’t in attendance, the Toronto fans were more than ecstatic to see the 44th U.S. president. 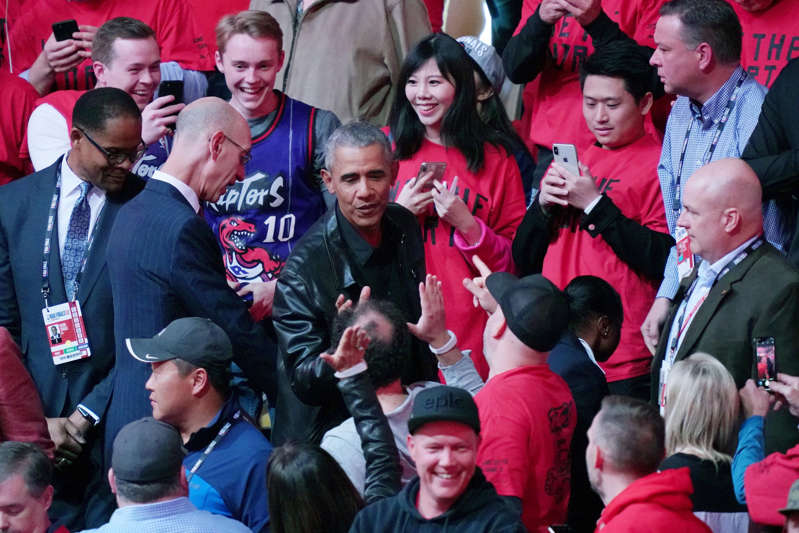 Late in the second quarter, the in-arena presentation welcomed Obama and featured him on the videoboard. The fans responded with a raucous standing ovation and added an “MVP” chant.

This was the scene in Toronto.

Crowd in #Toronto goes nuts shouting “MVP! MVP” as ⁦@BarackObama⁩ is announced at Game 2 of #NBAFinals. ⁦@Raptors⁩ fans are all class. pic.twitter.com/kRumAYYdkF

Ahead of the game, he even had a pleasant exchange with Drake.