Liz Cowan, a 65-year-old white social worker, grew up in apartheid South Africa being told that the charismatic black cleric Desmond Tutu was a dangerous man.

But on Thursday she joined crowds of people of all races lining up to pay their respects to the fearless fighter against white-majority rule, as he lay in state inside the Cape Town cathedral where he had preached for a decade.

“He was so vilified. It was only as a teenager that I realised he was a good guy,” she recalled, standing in a queue truly representative of a country that Tutu had dubbed “the Rainbow Nation”.

Young and old South Africans came in numbers, patiently waiting to be ushered into St George’s Cathedral to bid farewell to the globally revered icon as he lay in his simple pinewood coffin.

One of the youngest in line was likely five-month-old Likhanye Mbikwana, who sucked on a dummy as his mother held him in her arms swaddled in a blanket.

“When he grows up, he’ll be seeing his picture on this very important day,” said his 29-year-old mother Amanda Mbikwana.

Born just before the end of apartheid, she said she had come to the “People’s Cathedral” — so called for its role in resisting white-majority rule — to remember Tutu for “all he has done for us as Africans.”

Standing at the front of the line, Joan Coulson, 70, was also eager to sign the condolence book.

She said she had waited in the queue more than three hours before the late archbishop’s body was even brought in.

Coulson, who lives in the Cape Flats, an impoverished area notorious for violent crime, remembered how she first met Tutu at church when she was just 15.

Such was his star power, she said, that “I would compare him with Elvis Presley”, the American rock and roll singer.

In a city where residents often joke all four seasons can arrive in a single day, the sun came out briefly as the hearse arrived, though it later started to drizzle.

The man many affectionately dubbed the “Arch” had specifically requested no shows of “ostentatiousness”.

There were no gilded handles on his coffin, just thick rope. And there were no lavish bouquets for the Nobel Peace Prize laureate.

His modest wooden coffin, topped only with a simple bunch of white carnations, was carried into the cathedral at the foot of Cape Town’s iconic Table Mountain.

The coffin was placed near the altar, where white candles and delicate stained-glass windows threw light onto a crucifix of Jesus on the cross.

The quick-tongued Tutu once joked that, if he was ever denied entrance to heaven and sent instead “to the warmer place”, the devil would be so frustrated with the archbishop that he would ask for political asylum in heaven, just to get away. 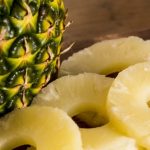 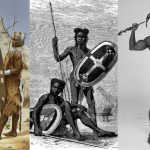