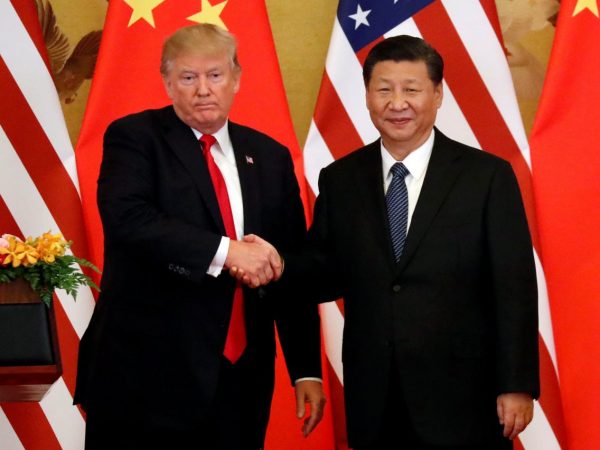 China on Monday June 1, reacted to the protests and unrest in the United States which ensued after the death of George Floyd in police custody.

The US has been vocal in support of the pro-democracy movement in Hong Kong, particularly since Beijing’s declaration of imposing national security laws on the semi-autonomous region.

“Black people’s lives are also lives. Their human rights must also be guaranteed.

“Racism against ethnic minorities in the US is a chronic disease of American society.

“The current situation reflects once more the severity of the problems of racism and police violence in the US.”

The foreign ministry spokesperson also pointed out that the US government had described Hong Kong independence and black violence elements as heroes and activists, while calling people who protest against racism ‘rioters’.

“Why does the US lionize the so-called Hong Kong independence and black violence elements as heroes and activists, while calling people who protest against racism ‘rioters’?”

He also threatened “counter-attacks” on the US for continued retaliatory measures over China’s increased control over Hong Kong, which include reversing Hong Kong’s special customs status.

Other Chinese officials and state media have also seized on news of the protests sweeping the US, which they compared to the widespread unrest to the pro-democracy movement in Hong Kong. 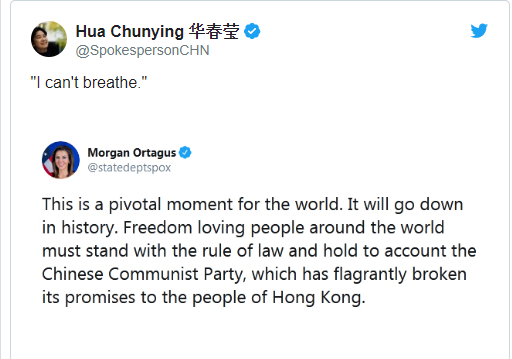 Zhao also retweeted numerous comments and reports on the US protests, including a tweet from Russia’s deputy representative to the UN who accused the US of double standards.

“Why US denies China’s right to restore peace and order in HK while brutally dispersing crowds at home?” 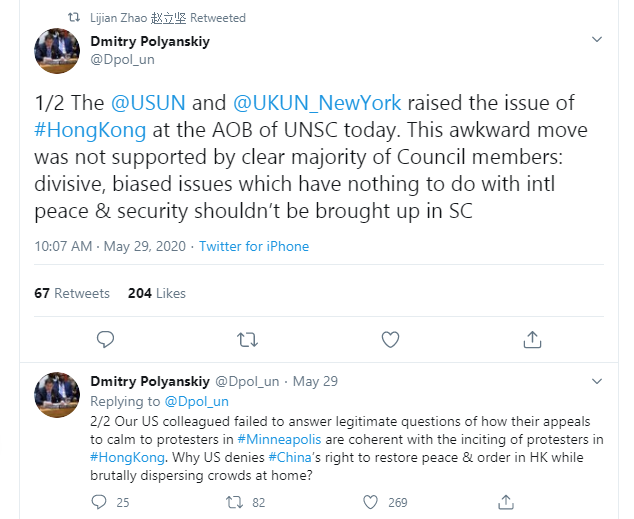 Hu Xijin, editor-in-chief of nationalist tabloid Global Times also lashed out at US Speaker Nancy Pelosi over her comment about the protest in Hong Kong.

“US House Speaker Nancy Pelosi once called the violent protests in Hong Kong ‘a beautiful sight to behold.’… US politicians now can enjoy this sight from their own windows.”

The editor also promoted a conspiracy theory of “Hong Kong protesters being behind the American demonstrations”. He added;

I highly suspect that Hong Kong rioters have infiltrated American states. Attacking police stations, smashing shops,blocking roads, breaking public facilities, these are all routine in their protests. Vicious HK rioters obviously are mastermind of violent protests across the US

Hu had goaded President Donald Trump in series of tweets and editorials over the weekend. He asked the US President not to hide behind secret service.

“Mr President, don’t go hide behind the secret service. Go to talk to the demonstrators seriously. Negotiate with them, just like you urged Beijing to talk to Hong Kong rioters.

“The Chinese government has not shown any support for the riots in the US. I hope that Americans notice Beijing’s restraint.” 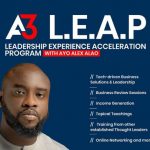 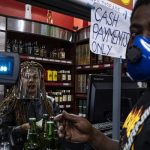